The partnership between the two brands in the name of innovation, performance and Italian style is also confirmed for 2021.

GENOA, Italy, Feb. 19, 2021 /PRNewswire/ -- Esaote, an Italian company among the world leaders in the field of medical diagnostic imaging systems in the name of innovation, performance and Italian style, looks to 2021 with confidence and ambition.

Ducati recently streamed the official team that will participate in the 2021 MotoGP Championship; the first race is scheduled for 28 March in Qatar and the "esaote" brand clearly stands out on the hull of the Desmosedici GP 2021. 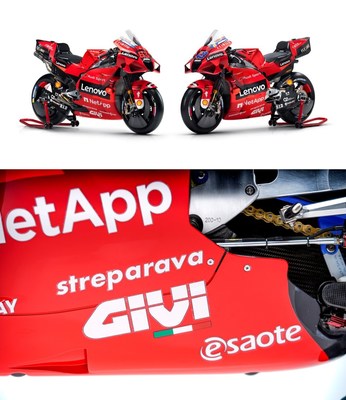 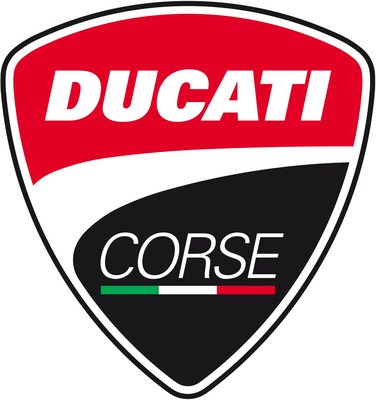 "We are very proud to confirm the partnership with the Ducati Team also for the 2021 MotoGP Championship," - said Esaote CEO Franco Fontana. "We operate in different sectors, but with Ducati we share our deepest values, Italian style, competence, technological innovation, passion, but above all the ability to compete internationally, continuously improving our performance. The past year represented an important challenge, but we have worked hard, achieving significant results and we are ready to face the future with confidence and determination."

"We are really happy to be able to announce the renewal of our partnership with Esaote," - declared Paolo Ciabatti, Sporting Director of Ducati Corse. "2020 was our first year together and, despite the difficulties that did not allow us to fully exploit the potential of this collaboration, we were able to consolidate our bond with Esaote and we wish to thank them for their renewed trust. For our part, we will put our utmost effort into achieving increasingly important results."

However, 2020 was a memorable year for Ducati, which won its second constructors' world title in MotoGP: an important result, achieved despite the difficulties of the season, which - as in Esaote - did not, however, stop the work, the commitment and the determination of the Team and all the people supporting it.

Esaote, the only sponsor from the healthcare world, is defining together with the Ducati Team an event program also off the track that will see the two Italian excellences collaborate closely.

The Esaote Group is a leader in the biomedical equipment sector, in particular the areas of ultrasound, dedicated MRI and software for managing the diagnostic process. The company currently has about 1,150 employees. With headquarters in Genoa and production and research facilities in Italy and the Netherlands, Esaote operates in 80 countries all over the world. Information on Esaote and its products is available at www.esaote.com.

Ducati Motor Holding S.p.A - Company of the Audi Group - Company subject to the management and coordination of AUDI AG

Founded in 1926, since 1946 Ducati has been producing sports motorcycles recognized for their innovative design and cutting-edge technology. Ducati is based in Bologna, in the Borgo Panigale district. Ducati is officially involved in the MotoGP World Championship and the Superbike World Championship. In MotoGP, where it has participated since 2003, Ducati won the Constructors 'Title in 2020 and was World Champion in the 2007 season, also achieving the Drivers' Title. In Superbike he won 17 Constructors 'Titles and 14 Drivers' Titles.