LONDON, Sept. 19, 2019 /PRNewswire/ -- Pomosht ZaTeb ("Za Teb"), a Sofia-based not-for-profit company, announces today the release of its apps for Apple iOS and Android based mobile devices, to help women and children combat domestic violence. The first of its kind in Eastern Europe, the app will initially be available in Bulgaria while the company evaluates other countries for future rollout. 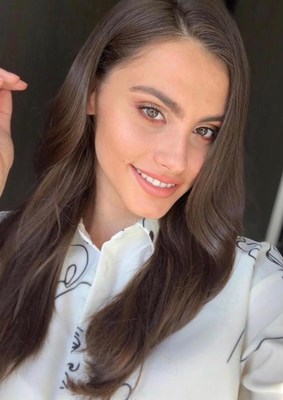 The app contains useful information for victims as well as friends and acquaintances, who might wish to highlight a domestic abuse situation. It helps individuals identify whether or not they are in an abusive relationship and highlights the nearest safe places as well as emergency helplines. The app connects all domestic abuse help organisations within the country, making the process of finding assistance and information easy. The app also allows victims to log abuse, enabling the gathering of evidence for future reference.

On average, nearly one in three women worldwide have experienced physical and/or sexual violence by their intimate partner, according to the World Health Organisation (WHO). Eastern European countries such as Bulgaria, top the end of the scale, with nearly one in two women experiencing such violence, according to the European Union Agency for Fundamental Rights. Further, as many as 38% of murders of women worldwide are committed by a male intimate partner. Equally troubling is the fact that fewer than 40 percent of women seek help of any sort, with less than 10 percent seeking police assistance, according to the United Nations Economic and Social Affairs research.

"A plane on the ground is of little use," said Ivelina Choeva, CEO of Za Teb. "To be effective, it must take flight. Nearly 150 countries worldwide have laws against domestic violence but without enforcement, they are ineffective. Our app connects people at the grassroots level to educate and empower people in order to fight this social disease."

Choeva drew on her experience with social media as an international model and her graduate degree in marketing to create the Za Teb app, which means "For You" in Bulgarian. It is downloadable at www.zateb.org.

"Something had to be done. The statistics about severe domestic abuse in Bulgaria were simply shocking. Support groups exist for victims, but they are disparate and disconnected. Our app is both a voice for victims and a platform to connect them with social workers, NGOs (non-government organisation) and the police," said Choeva. "While there are many organisations to reach out to, the voice of victims has been muted."

She credits the support of London-based PremFina (www.premfina.com) to build and launch the app. "As an insurance premium finance company, you would assume this is of no interest for them. But they care about social issues and wanted to help".

PremFina's interest in Za Teb was premised on its charter to foster Corporate Social Responsibility (CSR) and its growing presence in Bulgaria, where it set up an office a year ago and currently employs nearly 20 staff.

Za Teb are to host an event to commemorate the release of the App on September 19, 2019 from 19:00 – 21:00 at the Nova Arts Space, Sofia. The event will include a keynote and demonstration of the app by Choeva, followed by a speech by Genoveva Tisheva, a Noble Peace prize nominee and member of the United Nations Committee on the Elimination of Discrimination Against Women and initiator of the law on Domestic Abuse and Violence in Bulgaria.

The event includes a performance by 2013 Bulgaria X-Factor winner and Eurovision contestant Zhana Bergendorff, who previously performed to support the Bulgaria Fund For Woman in raising awareness for victims of domestic abuse. On display will also be a unique painting by Nadya Lambreva, owner of wearable art brand Hope Lamber, inspired by the struggles of domestic abuse victims.