Founded by seasoned esports and fintech entrepreneurs, Vindex launches at significant scale through acquisitions of NGE and the launch of Esports Engine

NEW YORK, Oct. 30, 2019 /PRNewswire/ -- Vindex, the emerging leader in esports led by CEO Mike Sepso, co-founder of Major League Gaming and a world-class team of esports pioneers and veteran fintech entrepreneurs, today announced its launch with initial funding of $60M to build a first-of-its-kind global esports infrastructure platform. The company also announced the acquisition of Next Generation Esports (NGE) and the launch of Esports Engine – both industry-leading companies in esports operations, production and technology.

The founders and senior management of both companies will remain in their roles and are now part of the Vindex leadership team. Columbus, OH-based Esports Engine, co-founded by industry veteran Adam Apicella, has rapidly established itself as a trusted partner to publishers and esports teams. Esports production powerhouse NGE, based in Burbank, CA has played a key role in some of the world's largest and most-watched broadcasts in esports history. Vindex is fully committed to maintaining and growing the strong partnerships NGE and Esports Engine have created. The combination of the two establishes the clear market leader with unmatched resources and capabilities.

With this announcement, Vindex is immediately the largest pure-play esports infrastructure platform — profitable and well-capitalized for growth. The company will leverage the expertise of its more than 100 employees, proprietary broadcast technology and competition management software to equip partners with the industry-leading services and technology needed to scale to an increasingly mainstream global audience. The company's broad mandate is to build and acquire the key business and consumer infrastructure that will help drive the rapidly growing esports industry to its full potential.  Vindex's investor base, board of directors and management provide access, unprecedented in esports, to growth capital and strategic acquisitions to further unify the fragmented landscape.

Esports Is Ready for Primetime Esports presents a massive commercial opportunity, growing at over 35 percent annually, according to Goldman Sachs. Esports revenues are expected to reach $3.0B by 2022, as the industry is now deeply woven into popular culture. Vindex provides instant momentum in streamlining the business of esports, infrastructure, operations, logistics and events to meet the demands of fans and participants. https://www2.deloitte.com/us/en/insights/industry/technology/technology-media-and-telecom-predictions/esports-viewership.html

"Esports has been a vibrant growth story for nearly two decades, and I have been honored to be a part of it, but we're just getting started. More than ever, esports is driving growth and engagement for the entire games industry," said Vindex CEO Mike Sepso. "We're here to make those experiences easier to deliver, more scalable, and deeply engaging and rewarding for fans." Sepso co-founded Major League Gaming in 2002, which was acquired in 2015 by Activision Blizzard (ATVI), where he helped build its market-leading esports operations.

The $60M Series A round is backed by some of the most notable investors across the hedge fund and private equity world and the company is supported by an industry-leading Board of Directors. Initial board members include Steve Bornstein, a legendary sports broadcast veteran who was CEO of ESPN and the NFL Network and worked with Sepso at Activision on the launch of its esports division, and Joel Greenblatt, the renowned investor and founder of Gotham Asset Management. "I haven't been so excited for a new opportunity since my time as CEO of ESPN. I see the same level of enthusiasm and talent in Vindex," said Bornstein. "The team has delivered the biggest wins in esports to date and has a clear vision for driving the next wave of the industry's growth. I'm excited to help unlock the global potential of the esports market."

"Vindex represents a unique opportunity to partner with a world-class management team, including the most highly regarded esports innovators. The company is building an industry leading platform designed to help facilitate the explosive growth of esports," said Joel Greenblatt, an investor and board member.

To learn more about how Vindex is leading a new era of esports, visit www.vindex.gg or on Twitter at @Vindex.

About Vindex  Vindex is the preeminent esports infrastructure platform. Founded by Mike Sepso and Sundance DiGiovanni, co-founders of Major League Gaming and early esports pioneers, and Bryan Binder and Jason Garmise, successful fintech entrepreneurs and private investors. The company provides technology and services that power the richest experiences in esports and help the world's leading game publishers, esports leagues and teams deliver deeply engaging experiences to fans around the world. 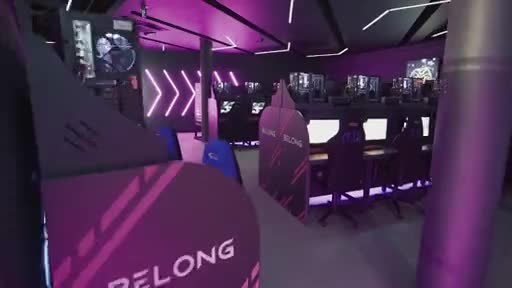