LONDON, Sept. 18, 2019 /PRNewswire/ -- We at TBD Media Group are excited to be launching Davos 2020, a campaign to cover the wide range of experts and decision makers from around the globe who are attending this year's World Economic Forum.

Following the great success of last year's campaign, which saw corporations aligning themselves with the United Nations 17 Sustainable Development Goals; we will be conducting interviews this year in the beautiful Intercontinental Davos Hotel with prominent corporate figures and leading global experts who will offer a candid insight into their opinions and ideas about the current economic climate and the subject matter of this year's summit.

With all eyes on climate change and sustainability, it is an unprecedented time in the economic world. June's global survey from McKinsey reports 'the share of respondents reporting recent declines in global economic conditions has not been this large in several years, and their expectations for the next six months are no more positive.' Innovation on a large scale is sorely needed.

But the current climate offers hope, many organisations are conscious of their responsibility to the environment and to society. There is an increasing desire to bring positive change in a meaningful way on a global level and, with so many important issues finding relevancy, this is a prime time for people to have a voice and a platform for their input; in this time of high expectations it is important that new leaders emerge.

TBD Media Group's campaign for Davos 2020 will be focused on leaders, how they innovate the market and society, becoming a positive force in the world. This is an exclusive campaign, open to those actively working to influence positive change in business and society and will be conducted in the week leading up to this year's World Economic Forum.

The forum – founded in 1971 and held annually in Davos, Switzerland – offers a stimulating platform for high profile figures such as world leaders, academics, experts and heads of prominent corporations to discuss the current climate and work together to find positive, pragmatic and viable economic solutions to offer wide ranging benefits worldwide. Last year the World Economic Forum had great success in discussing globalization in the modern world with figures such as UN Secretary-General Antonio Guterres, Microsoft CEO Satya Nadella and Sir David Attenborough in attendance. The forum is unparalleled in the prominence, seniority and quality of knowledge of its attendees with worldwide acclaim.

The content compiled as part of this campaign will be aired in collaboration with a multi-national major news brand in January 2020 during the forum with the intent of offering context and transparency to the proceedings.

TBD Media Group is a leading, purpose driven media company based in London, Munich, San Diego and Cyprus with over 100 employees and a mission to provide prominent decision makers with a platform to explain their goals and share their story. TBD Media Group reveals how the best innovators are transforming... 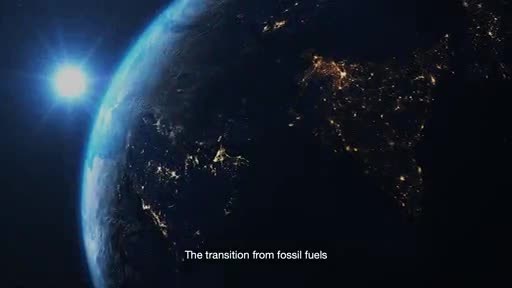