Integrating advertising, technology, design and architecture, all under one roof, PBD is creating a paradigm shift within the real estate industry.

CHICAGO, Jan. 16, 2020 /PRNewswire/ -- Partners By Design (PBD), a Chicago-based award-winning architecture firm, announces a "new economy" business model, by adding a fully-integrated ad agency, gravity.labs (GL), to the core of its group of companies. PBD is the first firm to embed a specific integrated process in which the latest advertising and brand strategy methods are executed in conjunction with architectural and design processes from the very beginning of the project. Having an internal advertising and marketing agency allows for fluid, faster and more accurate execution of projects from the onset, instead of at the end or long after a project is finished. 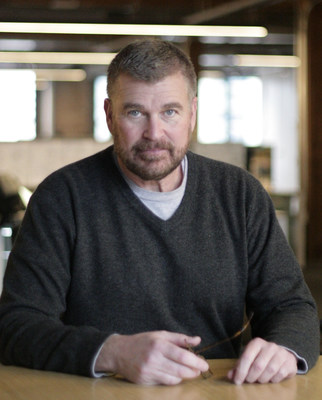 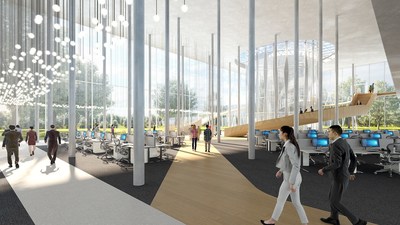 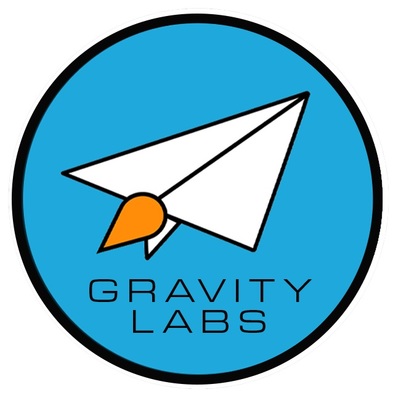 Founded in 2016, gravity.labs is the first ad agency Born from architecture™, providing clients with a unique opportunity to have experts in both industries collaborating together, owned under one roof, throughout the entire lifecycle of a major project, with consumer messaging helping drive design. Incubated within PBD, GL joins Spark, a workplace branding company and Vizfire, a leading-edge VR/AR digital arts studio which brings physical and digital disciplines together to influence design while bringing brand positioning to life within office workplace environments.

Manifesting Brand DNA"About twelve years ago, I began to notice more and more of a shift in which interior office design was being influenced by our clients' advertising and consumer messaging. Soon architectural features and wall art started to merge into branded concepts, some even coming to life via architectural and digital visualization," said Ron Carlson, founder of PBD and co-founder of GL. "It seemed to me at the time that consumer messaging was going to be the driving force behind the 'true office of the future,' and the only way to get ahead of this was to create a real in-house advertising agency."

Since its inception, GL and PBD have partnered on a number of large, successful projects, including Transamerica, a Fortune 500 insurance company. "As the company undergoes a transformational change, we wanted to develop a new workplace that would not only benefit their employees, but also be one that they would champion," said Carlson. "By working this way with our collaborative companies, where professionals in the areas of architecture and design are working together with experts in advertising and brand strategy, under one roof, we are the only ones able to create such an immersive employee experience, bringing Transamerica's brand and corporate positioning to life in the physical world."

"The culture of the company and the physical space are the foundation for the employee experience," said Carlson. "PBD and its group of companies approach each project from both an employee and brand perspective, integrated with an understanding of the organization's audience, in order to deliver a seamless, superior facility experience. This new approach is the path to creating the true office of the future and we are excited to lead this new frontier."

Most recently, PBD and gravity.labs has been tapped by Newmark Knight Frank and The John Buck Company in a high-profile, confidential project that will be a first of its kind in which fully integrated architectural and advertising teams to work collaboratively under one roof. "The fact that PBD has such a stellar reputation in the industry and they get our pain points, and our client's pain points, is something that we sought out in an innovative marketing partner," said Bill Rolander, Executive Managing Director for Newmark Knight Frank. "In addition to its reputation, one of PBD and gravity.labs's true competitive advantages are that any of the various pieces of our project can be ramped up or down at any point because you're all under one umbrella and in the same space, working tightly together. It just makes sense."

ABOUT PARTNERS BY DESIGN (PBD):Partners By Design (PBD) is an award-winning full-service architecture and interior design firm celebrating 26 years of meeting the needs of diverse clients. With an active and growing global presence, PBD ranks as the 90th largest design firm in the country, based on size and billings. Named Interior Design Firm of The Year at Crain's Chicago Business Commercial Real Estate Awards in 2017, 2015, 2014, 2011, 2010, and 2006, Partners by Design was also named Architect of The Year in 2013. pbdinc.com

ABOUT GRAVITY.LABS (GL):gravity.labs (GL) – a fully-integrated advertising agency for the new economy - is built on an Agency 3.0 model: better creativity, faster and cheaper. GL is the only new-economy agency with a talent-mandate at its core founded and staffed by big agency veterans and global brand experts. As part of the PBD Group of Companies, GL is the only ad agency to deliver united brand experiences that seamlessly connect digital to physical brand worlds. www.gravitylabs.agency