TOKYO, Jan. 31, 2020 /PRNewswire/ -- The International Olive Oil Council (an institution belonging to the United Nations Organization dedicated to the olive tree and its products) estimates that for the period 2019/2020 the consumption of olive oils will grow by 6.4% worldwide, reaching more than three million tons. These figures confirm the unstoppable progress of the consumption of this product. 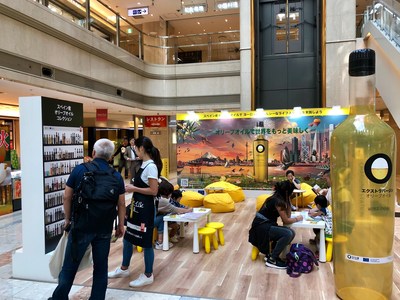 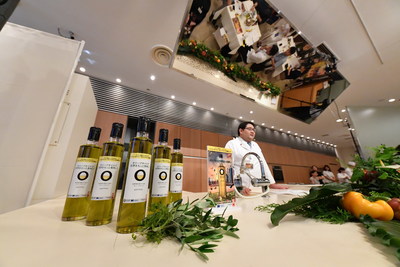 During the first nine months of 2019 Japan, China, South Korea and Taiwan imported around 108,000 tons of olive oil, mostly with European Union origin. It is worth mentioning that Greece, the largest consumer per capita in the world, consumes around 125,000 tonnes per year.

Japan stands out as the first consumer of olive oil in Asia. Up to September it had imported 53,890 tons of olive oil, 26.16% more than in the same period in 2018. The growing success of Spanish olive oils among Japanese consumers has played a major role in these spectacular figures. Spain exported 33,917 tons to Japan, 35.78% more than in the first nine months of 2018. This achievement placed oils from Spain with a 62.94% share over total imports, consolidating their leadership since 2014. This share has grown around 20 points during the last decade.

Additionally, these outstanding figures endorse the important commitment that Olives Oil from Spain has made for this market, which has materialised in an ambitious promotional campaign, carried out in collaboration with the European Union and launched at the beginning of 2018. The Olive Oil World Tour (https://oliveoilworldtour.jp/) has been focused on Japan, with a series of activities that have been well received by the Japanese public:

The campaign website and social media accounts in Facebook and Instagram were also used alongside the above programmes to promote European olive oil. They provided a constant stream of related information including recipes and the health benefits of olive oil.