The first boycott-proof label launched, made with ingredients sourced from both sides of the Spanish-Catalan border

MADRID, May 2, 2019 /PRNewswire/ -- MRM//McCann, a Marketing company based in Madrid has created Boycott-Proof Delicatessen, a unique label composed of products made with ingredients from both sides of the border between Catalonia and the rest of Spain. The campaign aims to remove prejudices through the initiative of food. 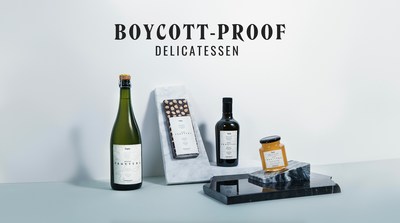 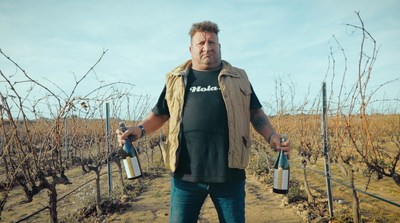 This idea was born as a response to the political conflict between Catalonia and the rest of Spain. Catalonia is a region of Spain with a very distinct historical identity whose government seeks independence from Spain. Local producers are suffering great economic losses due to the boycott of Catalan products from Spain, and Spanish products from Catalonia.

The Boycott-Proof Delicatessen label includes products such as cava, olive oil, chocolate and honey. Half of them are labeled as Spanish and the other half as Catalan. However, by pulling the sticker that divides the label, the truth is revealed: The ingredients are the same. There is no border that can separate everything we have in common.

At a tasting organized to launch the range, two different versions of each product were provided, Catalan and Spanish – with the truth afterwards. They were also distributed to restaurants and gourmet shops on both sides so that people could choose one or the other according to their ideology. After discovering the content was the same, they were more likely to change their minds. In addition, products were delivered to personalities and politicians from both zones.

Consumers can buy products directly from local producers from the border at www.boycottproofdelicatessen.com. Any producer can join the label and sell their products on this boycott-free online store - a long-term platform to help them avoid the consequences of the boycott.

This is an initiative of Tapas magazine with the aim of uniting society through food. The development of the campaign corresponds to MRM // McCann Madrid.