HONG KONG, Oct. 9, 2018 /PRNewswire/ -- The JNA Jewellery Design Competition 2018/19 is now open for entries until November 30, 2018. To foster creativity and innovation in the jewellery industry, the competition intends to facilitate the development of fresh, exciting and progressive jewellery designs that are highly sought after by today's consumers. 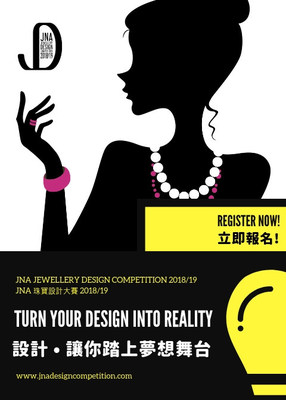 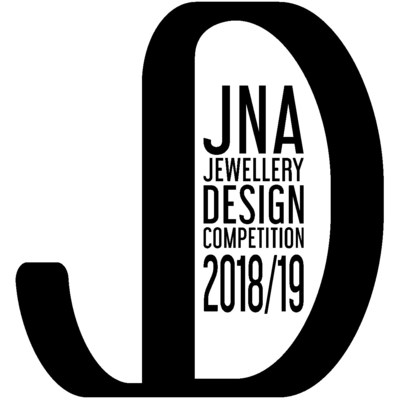 There will be one champion and four merits in each category. All three champions will receive a US$2,000 cash prize and a trophy along with extensive international media coverage. In addition, winners will be entitled to a premium membership in DESIGN HUB, where designers can showcase their talents and creations to the industry at large.

Submission of entries is from October 1 to November 30. There are three ways to submit your entries: Register NOW at http://www.jnadesigncompetition.com/en/enter; sign up through our official WeChat platform (wechat ID: JNAdesigncomp); or mail the completed form and design to UBM Asia Ltd, 17/F China Resources Building, 26 Harbour Road, Wanchai, Hong Kong.

JNA is the flagship publication of UBM Asia's Jewellery Group. Launched in 1983, the highly acclaimed monthly trade magazine delivers the latest and most relevant market information on the international gem and jewellery industry. JNA's insightful reports provide true value that fosters synergies and yields business opportunities within the jewellery industry, while its features on design and its stylish showcases provide a glimpse of upcoming trends.

Established in 1987, Crossfor Co Ltd is the developer of the revolutionary Dancing Stone technology. Based in Kofu, Japan, the company set up its subsidiary, Crossfor HK Ltd, in 2007. In March 2011, it launched the patented Dancing Stone mechanism, which sets the centre gem in a semi-floating state to keep it moving incessantly. A leading innovator in the global jewellery industry, Crossfor successfully listed on the Tokyo Stock Exchange on July 20, 2017.

Founded in 1975, the Platinum Guild International (PGI) is a trade organisation supported by major South African platinum producers. It has specialist teams dedicated to developing demand for platinum jewellery through consumer and trade-facing programmes in the four key jewellery markets of China, India, Japan and the US.

With the support of the Ministry of Perliculture of the French Polynesian government and GIE Perles de Tahiti, the Tahitian Pearl Association Hong Kong (TPAHK) was established on December 5, 2007. The TPAHK's mission is to consolidate the prestigious image of Tahitian cultured pearls and spread relevant information about the gem among industry players and consumers, thereby boosting the value of Tahitian pearls and facilitating market growth.