SHANGHAI, April 2, 2019 /PRNewswire/ -- Human Horizons officially announced its strategy for smart vehicles today. Under its "3-Smart" strategy covering "smart vehicles, smart transportation and smart cities", Human Horizons will build new-era vehicle species on three dimensions: "H-Vehicle Technologies, U-V2X Collaboration and A-Connectivity & Sharing." Human Horizons' founder and Chairman Ding Lei revealed that the company will announce its automotive products this summer and will also provide a preview of its first production ready model. At today's event, the company unveiled information about its industry-leading team, world-class partners, and manufacturing factories. Vehicle development is well on track and the first model will realise mass production by the end of 2020. 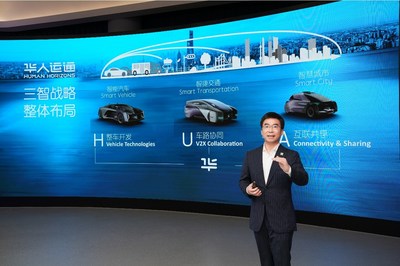 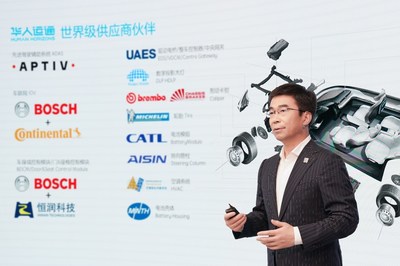 As a cutting-edge technology company focused on innovation, Human Horizons has been working on the original development of smart vehicles since its inception. The "3-Smart" strategy is not just about individual vehicles. It is aimed at future transportation under different scenarios involving three dimensions: H, U, and A. With this strategy, Human Horizons will build a family of smart vehicles like no other:

Human Horizons' international team consists of over 700 members representing seven countries with backgrounds in various industries such as Internet, AI, vehicle engineering, and parts manufacturing. They are former executives of leading international companies, IoV and autonomous driving experts, top vehicle development engineers and leading international vehicle designers. More than half hold a Ph.D. or Master's Degree. The Human Horizons International Science & Technology Advisory Committee which is chaired by the Academic C.C. Chan who is regarded as the "Father of EVs in Asia", brings together top scientists from around the world to form a powerful think-tank for Human Horizons to bring its "3-Smart" strategy to life."

In addition to the existing R&D center, operation center and design center, the Human Horizons Jinqiao Intelligent Manufacturing Center will be inaugurated in May 2019.

Human Horizons has two plans to build a smart factory: building a new one or renovating an existing facility. Either will be operated by Human Horizons' management team and factory workers, and will manufacture products using Human Horizons' technologies.

In the 18 months since it was founded, Human Horizons has already achieved remarkable results under its "3-Smart" strategy including autonomous driving featuring V2X technologies, a pilot smart road project on an urban road and the in-wheel electric motor demonstrator. This summer, Human Horizons will provide a preview of its first production ready model, which is expected to cause quite a stir.