QINGDAO, China, July 1, 2019 /PRNewswire/ -- On the morning of June 28, 2019, Conference on Building a Creative Qingdao was grandly held at Qingdao International Conference Center, attracting more than 500 people including heads of international organizations, experts and scholars from universities and high-profile think tanks at home and abroad. Meng Fanli, Mayor of Qingdao, officiated at the opening ceremony. 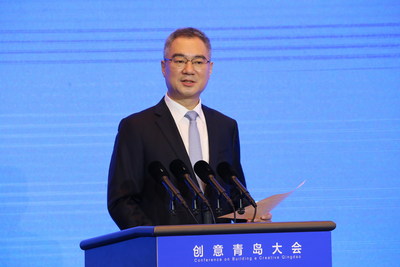 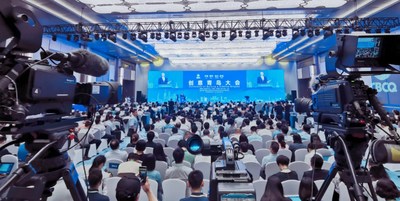 The Conference aims to set up an open platform for creative exchanges and economic cooperation. Sherali Saidamir Jonon, Deputy Secretary-General of the Shanghai Cooperation Organization, Xu Zhengzhong, deputy editor-in-chief of the People's Daily and a dozen of distinguished guests delivered speeches at the conference.

In his speech, Sherali Saidamir Jonon said that the SCO Qingdao Summit held last June endowed the "Shanghai Spirit" with the connotation of a new era. It greatly promoted the international popularity of Shandong province as well as Qingdao. Currently, Qingdao is building China-SCO Demonstration Zone for Local Economic and Trade Cooperation. The zone provides a new platform for the economic cooperation among SCO member states. The secretariat of SCO will give play to its role to improve the cooperation mechanism and assist the construction of the demonstration zone.

Xu Zhengzhong pointed out, in his speech, that creative Qingdao should be planned in consideration of the overall situation, opening-up, reform and breakthroughs of the city. It should make precise positioning to accelerate the agglomeration of world innovation resources in Qingdao.

Wang Qingxian, member of the Standing Committee of the Shandong Committee of the Communist Party of China and Party Secretary of Qingdao, said Qingdao is building into an international metropolis with opening-up modern, energetic and fashionable features to push forward the city to become a strategic hub for opening-up Shandong and an important window and channel for opening-up northern China. He sincerely invited the participants to help Qingdao to broaden its visions and find a new path to promote and expand the urban development of Qingdao. In this way, Qingdao will be able to implement the instructions of the central government and make proper contributions that meet with natural resource endowment of Qingdao to the country, he said.

Global Elites Gathered at Conference on Building a Creative Qingdao