This ground-breaking analysis identifies the best and worst performing countries in Europe, and the reasons behind their respective performance in flattening the curve. 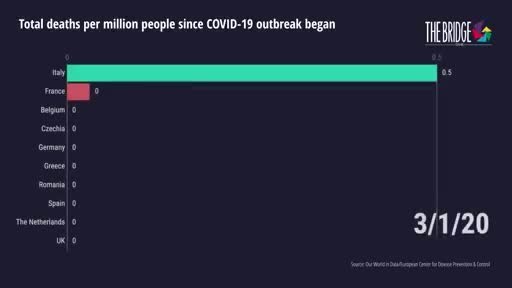 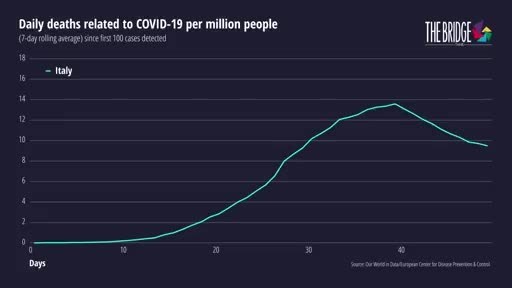 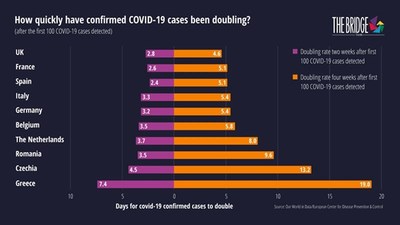 Italy, Spain, France, UK, The Netherlands and Belgium are the most severely hit by the outbreak and have struggled to flatten the curve efficiently. This is mostly explained by the delay in implementing proper lockdown and social distancing measures. France could soon overtake Italy, and UK is still witnessing an increase of the number of confirmed cases and deaths.

Greece is the best performing country in Europe, followed by Czechia (The Czech Republic) and Romania. Thanks to early and strict containment measures, they have successfully managed to flatten the curve and slow down the spread of the virus. The contrast between Greece - which suspended public events and closed schools even before the first 100 cases were detected, and Spain – which took similar decisions at a much later stage of the epidemic – is particularly striking.

Germany seems to be an outlier. Though its lockdown measures have been implemented relatively later and not fully, the number of deaths has not reached the levels met by its neighbours but is still progressing quickly in relative terms.

Joel Ruet, Chairman of the Bridge Tank, stated: "In the sea of data about Covid-19, one indicator stands out: the doubling rate of deaths and confirmed cases. It allows to measure how well countries are flattening the curve. With the exception of Germany, we see a strong correlation between an early lockdown and subsequent success in controlling the spread of the virus."

How quickly have confirmed COVID-19 cases been doubling?

Four weeks after the first 100 COVID-19 cases were detected in each country, it took 19 days for the number of cases in Greece to double, a clear indicator that Greece has successfully "flattened the curve". At the other end of the spectrum, the UK is still witnessing a sharp rise in confirmed cases.

The Bridge Tank, an independent economic think-tank, is an active member of the T20, the think tank group of the G20. Since the COVID-19 outbreak in China, the members of the Bridge Tank have regularly published on the epidemic and advised numerous governments. The Bridge Tank also mobilised a working group on the future of global health governance to provide recommendations to the UN.

Joel Ruet, Founder and Chairman of The Bridge Tank, is a French economist at CNRS and Ecole Polytechnique. He studied and worked in France, China, India, Senegal and UK. He is a regular commentator on global affairs in international media and speaker at major conferences.