The campaign incorporates smart technology, which is emblematic of the way Msheireb Downtown Doha has embedded smart and sustainable technology since its inception.

Featuring a series of hologram-like, interactive, digital illustrations that tell the story of the city district's past, while looking towards its promising future, the digitisations can be easily accessed through QR codes, which will be located on panels at strategically important locations throughout Msheireb Downtown Doha. In this way, the campaign engages the public and activates the space at a time when public outreach has proven challenging to brands given prevailing health concerns.

Msheireb Downtown Doha (Msheireb means "a place to drink water" in Arabic) is a pioneering development that has revived the old commercial heart of Qatar's capital city, Doha, to become one of the smartest and most sustainable fully built city districts in the world. The development project has recreated a way of living that is rooted in Qatari culture, attracting residents back to the city center and reversing the trend of decentralization.

The yearlong brand campaign, conceived by global creative agency Leo Burnett and digitally produced by London-based agency Taylor James, aims to evoke the early days of the city district by linking past to present. Set in the first street to receive electricity in Qatar – the birthplace of Doha's modernisation – an interactive digitisation entitled, "A spark that lit the way," features an elderly Qatari man in traditional dress to represent the previous inhabitants of the neighborhood. Another digitisation entitled, "A past that nurtures the future," unveils a pair of camels walking down the street where fresh water once flowed to the sea – symbolizing the journey Doha has taken to become the thriving cosmopolitan city it is today. Other symbolic illustrations and activations are also part of the campaign's first phase.

Ali Al-Kuwari, CEO of Msheireb Properties – the real estate developer behind Msheireb Downtown Doha – commented: "The Smart City with Soul campaign celebrates our city's treasured traditions while highlighting the role of our history plays in building a sustainable future. By drawing residents and visitors to our award-winning smart and sustainable downtown, we want to show the world that although we are focused on the future, our heritage has provided us with important lessons on how we can design and create spaces for people today."

Msheireb Downtown Doha, located in the heart of Doha, draws on the best of architectural thinking from the city district's past to provide a livable, walkable, social and workable urban area. It was established with a mandate to address a gap in the architectural history of Qatar by creating a sustainable model that involves working with the environment and living as part of it.

The Smart City with Soul campaign will be rolled out over several phases and includes indoor, outdoor, digital and on-site activations. Each activation will tell a story about Msheireb Downtown Doha, a historically important commercial district that has been regenerated to bring new vitality to Doha's downtown. As the neighborhood evolves to attract younger generations with new retail, office and residential offerings, visitors are encouraged to interact with the space by virtually placing themselves with the illustrations as they stroll the pedestrian-friendly streets.

Alongside the interactive illustrations, giant visuals will illuminate in Barahat Msheireb, the main public square, drawing people together to a place where technology, heritage and cultural identity meet.

Through innovations that encourage social interaction, respect for culture and greater care for the environment, and by incorporating revolutionary design and building principals, Msheireb Downtown Doha aims to change the way people think about urban living and improve quality of life for all.

Msheireb Downtown Doha is the world's first fully built smart and sustainable city district. With all buildings either Gold or Platinum LEED-certified, the district adheres to the highest standards in green building and smart services. The 100-building, mixed-use development is built with 6,400 photovoltaic solar panels, 430km of underground fiber optic cables, 8,000 smart meters and over 600,000 connected devices to create a connected, futureproof digital urban environment in the heart of the city.

For additional information, please contact Paige Kollock at +974 5028 0566 or paige.kollock@ogilvy.com 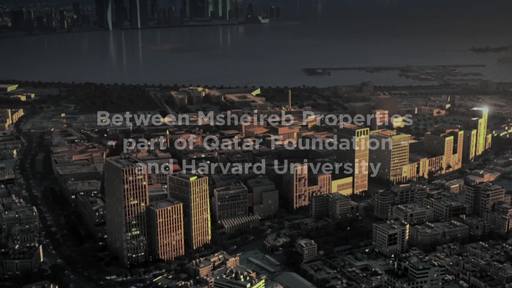