SEOUL, South Korea and LOS ANGELES, April 3, 2018 /PRNewswire/ -- CJ 4DPLEX, the world's leading 4D company, has reached the 500th 4DX screen milestone with the launch of its newest location, at Pathé Belle Épine Cinema in Thiais, France. The first film screening in 4DX at this location is Ready Player One - an ideal showcase for the innovative film technology that features motion seats and environmental effects such as rain, fog and various scents. 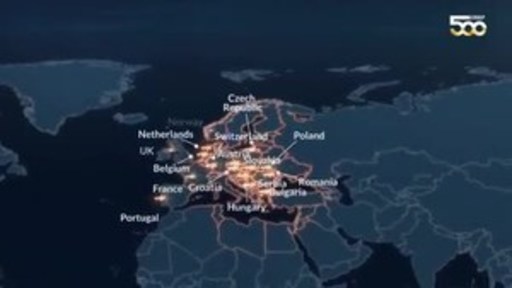 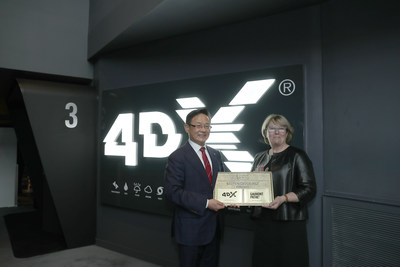 4DX is now the fastest premium format to reach 500 screens. It eliminates the boundary between the audience and the film with motion chairs that move in perfect synchronicity with the movie being shown on-screen. The immersive theatre technology was launched by CJ 4DPLEX in 2009 and opened its 100th location in April 2014.  Since then it has rapidly expanded around the world, opening its 200th in November 2015, its 300th one year later in November 2016, its 400th 10 months later in September 2017, and its next 100 locations faster than ever – just seven months after its 400th opening. It is the fastest developing format.

With this opening, more than 61,000 4DX seats have been installed in theatre auditoriums across 58 countries, with the capacity to accommodate more than 111 million worldwide moviegoers per year.

To date, more than 11,000 4DX seats have been installed at 89 screens in 21 European countries, with the capacity to accommodate nearly 20 million moviegoers per year throughout the continent. The European 4DX footprint accounts for 17.8% of the 500 4DX screens worldwide.

"This is a meaningful milestone for us as we continue our journey to become the leading premium technology brand in the global cinema industry," said Choi. "Our partnership with Les Cinémas Gaumont Pathé is stronger than ever and we look forward to break more records together in the near future."

CJ 4DPLEX (www.cj4dplex.com) is the world's first 4D cinema company, headquartered in Seoul with international offices in Los Angeles and Beijing. The company created 4DX, the first and leading 4D cinema technology for feature films, providing moviegoers with an immersive, multi-sensory cinematic experience, allowing the audience to connect with movies through motion, vibration, water, wind, snow, lightning, scents, and other special effects that enhance the visuals on-screen. CJ 4DPLEX brings 4DX auditoriums to exhibition partners along with 4DX codes for both major Hollywood blockbusters and local titles, as well as content ranging from concerts to commercials.  Each 4DX auditorium incorporates motion-based seating synchronized with more than 20 different effects and optimized by a team of skilled editors, maximizing the feeling of immersion within the movie, beyond the limits of audio and video. Since 2009, more than 500 Hollywood titles have been screened in 4DX. To date, more than 61,000 4DX seats operate in 500 auditoriums spanning 58 countries.