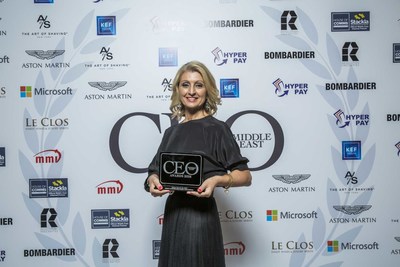 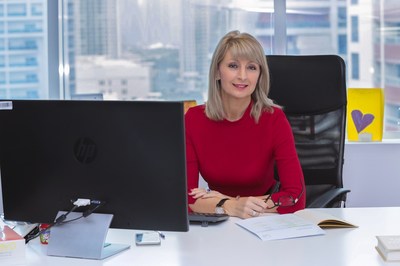 CEO of Novo Cinemas, Debbie Stanford-Kristiansen, has been crowned 'Female CEO of the Year' at a prestigious industry awards for her outstanding contribution to the regional film industry.

Speaking of her accolade, Debbie Stanford-Kristiansen said: "I'm absolutely overjoyed at receiving this award from such a prestigious organisation, which truly represents the benchmark of success for senior executives in the Middle East.

"It's one thing to do what I love every day, and one thing to be recognised for doing it. None of it would be possible without the invaluable contribution of my team, for which I thank them greatly. We look forward to continue bringing the movie magic to the region and pushing the local cinema agenda ahead."

Novo Cinemas, which has 118 screens across 11 locations in the UAE and Bahrain, has been reimagining the movie-going experience to meet the growing demands and changing viewing habits of customers across the Gulf. Revamped F&B options, state-of-the-art sound and vision technology, screening of sporting, music and cultural events, and VIP experiences are among the new offerings being made available to customers.

What's more, the transformations being led by Stanford-Kristiansen have made a vital contribution to the vibrancy of business across the GCC, with regional cinemas bucking the global downward trend in cinema attendance.

This has also resulted in recognition for Stanford-Kristiansen globally, having been named in the top five most influential women in global cinema by Celluloid Junkie and Film Journal earlier this year - the only woman from the MENA region to be included.

What's more, Novo's CEO has also been appointed as a member of the newly-established Advisory Council of CTC, the global Cinema Technology Network. The council brings together a wealth of knowledge and experience from some of the most respected global thought-leaders in the industry to create deliverables that will shape a better future for cinema and drive better outcomes from technology investments that affect the entire moviegoing experience.

As an accomplished leader with more than 25 years of experience in the entertainment, events and hospitality industries, Debbie Stanford-Kristiansen hails from Brighton in Sussex, England. She started her career in tourism & hospitality under the leadership and mentorship of Brighton Entrepreneur Ray Bloom; Chairman of Regent Exhibitions, who organised and produced two of the world's leading Business Tourism Trade Shows (M.I.C.E.)  - IMEX Las Vegas and IMAX Frankfurt.

Debbie joined Novo Cinemas in Dubai in 2013 from Bahrain, where she helped establish the Bahrain Exhibition & Convention Authority. During her tenure she quickly rose to the position of Deputy Chief Executive and in 2010, she was appointed as CEO of events@bahrain, where she spearheaded significant growth despite the challenging economic landscape.

Looking to the future, it's an exciting time for Novo Cinemas with expansion to new locations around the region with seven new locations confirmed across the GCC by 2019, including UAE, Oman and KSA.

Since 2014, Novo Cinemas is a pioneering entertainment choice offering visitors an unforgettable cinematic experience. Bringing more than movies to the big screen, Novo Cinemas is committed to providing every community a mix of bespoke entertainment options across a variety of viewing platforms including the indulgent 7-Star VIP theatres, action packed MX4D screens and the largest IMAX with Laser in the UAE. Novo Cinemas. A Great Time Out!

For more information visit http://www.novocinemas.com or download the Novo App for iOS or Android.