BAGHDAD, Nov. 29, 2021 /PRNewswire/ -- Recently, Chery Group released its latest sales data. Against the complicated environments such as the changes in the pandemic situation and global chip shortages in the car industry, Chery continued to maintain the fastest growth rate in China's automotive industry, achieving cumulative sales of 739,730 vehicles from January to October, up 44.3% year over year. 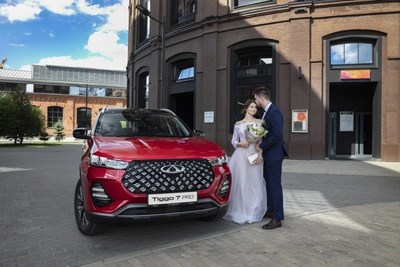 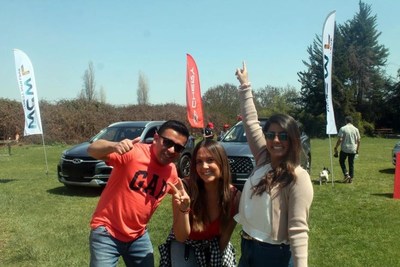 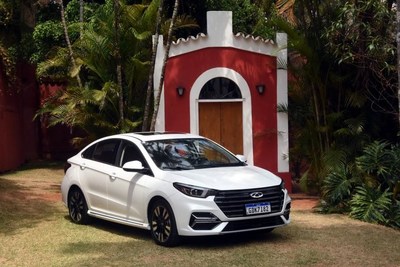 As for exports, in October, Chery exported more than 20,000 vehicles for the sixth time this year with total sales of 25,049 vehicles, an increase of 92.7% year-over-year. From January to October, the cumulative sales volume was 212,959 vehicles, up 145.7% year-over-year. While setting a new historical record, Chery firmly maintained its leading position in export among all Chinese passenger vehicles.

In the Russian market, which Chery has been cultivating for 16 years, Chery has always been the "people's vehicle" in the eyes of local people. According to the data released by AEB (Association of European Business), Chery's cumulative sales from January to October increased by 266% year-over-year, ranking first among all automobile brands, and Tiggo 7 became the most popular Chinese SUV model in Russia in October.

In Chile, according to the data released by ANAC (Asociación Nacional Automotive Riz de Chile A.G.), Chery ranked fourth among all automobile brands in October, surpassing brands such as Toyota, Kia, and Volkswagen, with a year-over-year growth of 101.4% and a market share of 6.3%. In the SUV market segment, the sales market share reached 15.3% in October, ranking first for ten consecutive months, and Tiggo 2 series became the best-selling SUV model.

According to the data released by Fenabrave (National Federation of Automotive Vehicles Distribution) of Brazil, Chery's sales in October increased by 127% year-over-year, surpassing Nissan to take ninth place in passenger vehicle sales, ranking among the top ten in sales for six consecutive months and reaching a record-breaking market share of 3.97%. In the SUV market segment, Tiggo 8, Tiggo 3X (Tiggo 2 Pro in other markets) and other models continued to sell well.

The cumulative sales exceeding 200,000 in the first ten months not only meant that Chery completed the annual export target of 200,000 vehicles ahead of schedule, but also made Chery the first Chinese passenger vehicle manufacturer to export more than 200,000 vehicles annually. Chery, which has been "sailing abroad" for 20 years, has become a business card for Chinese automobile brands to go global. Up to now, Chery has accumulated 9.8 million global users, including 1.9 million overseas users. Chery is about to turn over a new leaf.

Chery is a Chinese automobile brand with global influence. Chery has established a research and development team of more than 5,500 people through five global research and development bases, and has the most powerful research and development strength of engine, transmission, chassis, and other core technologies among Chinese automobile brands. Chery is also the first Chinese automobile company to export vehicles, CKD parts, engines and vehicle manufacturing technology and equipment to the world. Up to now, Chery has exported its vehicles to more than 80 countries and regions, and has set up 10 overseas factories, more than 1,500 overseas dealerships and service outlets, with nearly 9.8 million users worldwide, ranking first in the number of passenger cars exported from China for 18 consecutive years.

For more information, please send an email to cheryiraq@mychery.com