BERLIN, Feb. 22, 2018 /PRNewswire/ -- Winners of the 2nd Asian Brilliant Stars were announced on February 21st in Berlin. YOUTH, the latest film of Chinese director Feng Xiaogang, is the biggest winner of the Award Ceremony. 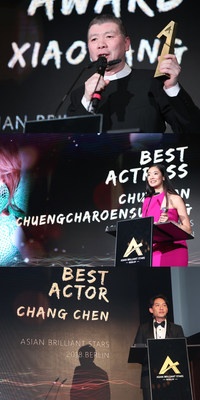 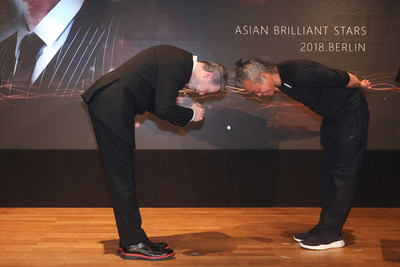 Best Director Award went to Samuel Maoz for his recent FOXTROT. The film won the Grand Jury Prize Silver Lion at the 74th Venice International Film and is the Israeli entry for the Best Foreign Language Film at the Oscars 2018.

Zhang Yang won the Best Producer Award for his PATHS OF THE SOUL. Zhang wrote, directed, and produced the film, which tells the story of 11 Tibetan villagers taking their one-year and 1200 km pilgrimage.

Kim Ki Duk said, "The Big Three film festivals have selected many outstanding Asian films over the years. What the Asian Brilliant Stars adds is an Asian perspective to the film selection, and a stronger voice to Asian filmmakers."

Richard Shen, General Secretary of Asian Film and Television Promotion, believes that "the Asian Brilliant Stars is not only an award ceremony, but a platform to promote Asian Films and create a bridge between Asia and the world. If Asian culture wants to gain influence in tomorrow's world, it also needs an internal dialogue."