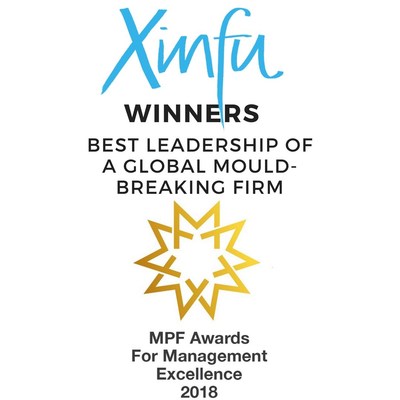 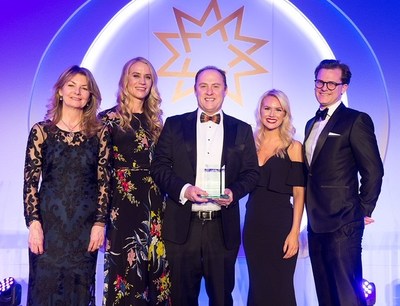 Xinfu announced today that they have won the global business award for the Best Leadership of a Mould-Breaking Firm in the 16th Annual Managing Partners' Forum Awards for Management Excellence. In association with Harvard Business Review, The Financial Times and Google Enterprise, the MPF Awards for Management Excellence recognises global outstanding leadership and collaborative management that delivers exceptional client service. It is the only competition worldwide that highlights management's contribution to strategy, leadership, the client experience, operational excellence and responsible business.

"Having known Steve Tappin, the founder of Xinfu, for many years, I am personally delighted that his innovative approach to high-end CEO coaching has been recognised by this Award ", commented Richard Chaplin, Founder & Chief Executive of the Managing Partners' Forum.

"Xinfu was founded on the basis that the professional service industry needs to be completely revolutionised and from this, we've 'broken the mould' by creating an entirely new, global market", said Steve Tappin, CEO of Xinfu. "In turn we help our CEOs to be mould-breaking too, by transforming their businesses and leading them to generate super-returns".

"I've worked alongside Xinfu for 10 years now and can say that no other company has the depth of expertise and knowledge of CEOs that Xinfu does", said Sian Harrington, Editorial Director and Co-Founder of The People Space. "They are inspiring for HR directors who want to make an impact for and with CEOs, which is one of the key missing pieces that is needed to move the HR profession forwards".

Xinfu is a global and award winning CEO coaching and consultancy firm which partners with FTSE 250 and Fortune 500 companies to build inspiring, and purposeful organisations that generate super returns.

Since its creation 10 years ago, Xinfu has been proven to deliver an average of 543% superior returns for its clients and has more recently moved from a traditional fees-based professional services approach to the more trusted model of value partnerships. Xinfu's clients often become award-winning themselves after working with Xinfu, namely, EasyJet, winning Management Today's Most Admired Company; and the Co-operative Group, winning Marketing Week's Retailer of the Year.

Xinfu is growing a new generation of CEOs across the world and is currently trail-blazing the new way for business leadership across the UK, China and Australia. As part of this, Xinfu is developing new digital learning platforms for broader reach to inspire the next generation of leaders through proper CEO education and training. Xinfu is also close friends with the CEC (China Entrepreneur Club of 50 of China’s top CEOs), and its CEO, Steve Tappin, is a globally renowned CEO Guru and is host of the BBC CEO Guru world-wide programme.

Find out more about Xinfu at their website: http://www.xinfu.com