WUZHEN, China, Oct. 16, 2018 /PRNewswire/ -- The sixth Wuzhen Theatre Festival, scheduled to be held from October 18 - 28, 2018, will feature, in addition to its roster of specially-invited plays performed by masters in the world of theater and opera, an Outdoor Carnival that will play host to over 100 troupes and acts who will stage more than 1,800 performances in Wuzhen's Xizha District throughout the 11-day event. 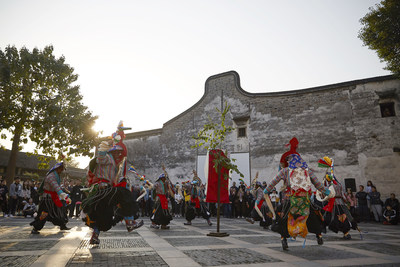 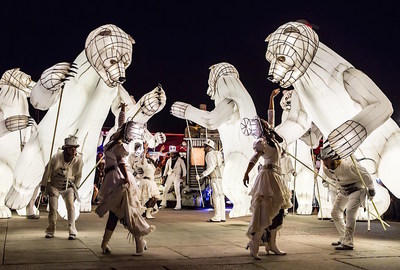 The Art Birds Union from France, a group comprised of over 100 independent troupes and artists from the four corners of the globe, has been staging performances at various festivals worldwide. They have been the undisputed stars at the Outdoor Carnival during past Wuzhen Theatre Festivals, their performances watched and admired by many of the town's visitors and residents. This year, they will put on 103 captivating shows by eight performance teams: the Théâtre du Tumulte, the Recycle Band and the Théâtre de Chaillot from France, the Teatro di Incontro from Italy, Unintentional Theatre from Canada, Men in Back from Germany, the Suitcase Theatre from Switzerland and China's own Wulong Drama Troupe. The performances will include a giant inflatable puppet parade, live music, grand stilts tours, acrobatic feats, comedy skits and puppet dance performances, demonstrating the charm of the world-class street art to festival-goers.

This year's event adds many new acts and performance forms which have not been seen at past festivals, such as VS Carnival, a collection of vaudeville skits performed by the Taiwan Clown Mime Group, the experimental drama New Zhangsan Borrows Boots performed by the Seven Plays Theatre Company, live sand painting performance Prequels of Journey to the West performed by Sanji Sand Art, and Kill Array, integrating various elements including the spirit of a samurai warrior and the concept of a two-dimensional world against a backdrop of rock music performed by the Japan Broken Sky Route Band.

In addition to a wide range of carnival acts, this year's Wuzhen Theatre Festival will also include shows featuring many forms of Chinese performance art. The Rikaze Tibetan Drama Troupe, which made its debut at last year's festival, will take center stage with its unique performance style that embodies local customs in Tibet. The audience will also be treated to a performance of Sichuan Opera by the Yibin City Youth Sichuan Opera Ensemble from Sichuan province, as well as an opera performed by Qimen Mulian, a troupe from Anhui province, and santiao xiangsheng, a traditional Chinese comedic art performed by the local Wuqing Drama Club from Tongxiang City. The festival will also feature a Wannan Shadow Play which is a form of theater with shadow puppets that originated in Anhui province, as well as a musical interlude led by the morin khuur, or horsehead fiddle, a stringed musical instrument handed down through the generations by members of the Mongol Nationality, one of China's ethnic groups. There will also be a performance of Jiangxi Opera, among the staging of other theatrical genres recognized as an integral part of China's intangible cultural heritage.

About the Outdoor Carnival

The Wuzhen Theatre Festival's Outdoor Carnival, which takes place in Wuzhen Xizha Scenic Spot, consists of a series of artistic performances in public spaces rather than inside traditional theaters. The Outdoor Carnival differentiates itself from the familiar theater experience by transforming the entire venue into a stage that provides artists with a free performance space encompassing some of Wuzhen's traditional wooden houses, stone bridges, streets and even one of the sculling boats. The theatrical events are performed in an environment that combines local nature and culture. The Outdoor Carnival brings multiple performance art forms together at the venue, including street theater from around the world, contemporary performance art, joint musical performances as well as Chinese folk art and acrobatics, with the aim of providing those who love theater with a more immersive experience.