LANZHOU, China, Aug. 8, 2018 /PRNewswire/ -- This article was originally published by Xinhuanet Qinghai/Europe. Below is the full article:

Billed as "the highest altitude bike race in the world", Tour of Qinghai Lake offered riders some daunting challenge and unique experience. 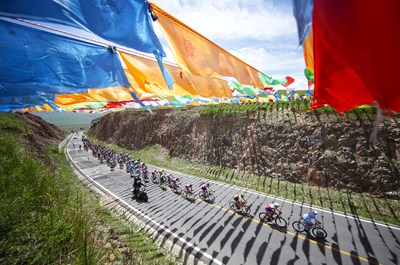 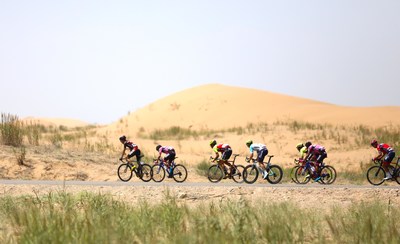 The 22-year-old essentially sealed the title after he won the fourth and sixth stage in the mountains to build up a one minute five seconds lead, which turned out to be unassailable as the remaining seven stages were flat road races.

For some riders, the mountain-climbing was just too much, especially at the sixth stage whose finish line was 4,120 meters above sea level.

"It was definitely a challenge and I haven't done any proper preparation for the race. When the road went over three thousand meters, I really suffered and wasn't climbing well," said Conn McDunphy of Holdsworth Pro Racing.

The Irish rider said if he comes to compete here next year, he has to make special preparation.

Dutch rider Sven van Luijk said it is a huge physical challenge for European riders to scale that height.

"Before that stage I had some breathing problems because my body wasn't acclimatised. For us it was impossible to win. It is 4,000 meters high."

Both cyclists enjoyed the ride in the 10th stage involving a 124-km ride in the Tengger Desert.

"I have never been to a desert, it is a good experience. I thought I was going to melt at some time," said McDunphy.

The scorching heat of the desert left Sven uneasy, but he enjoyed it. "It was hotter than I thought, but it was a nice race to do because it was not easy."

"It was also very hot. I have never been to a desert like that, and because of the heat, wind and everything, it was a pretty hard stage. I thought it was a nice stage because it was new," he added.

Inaugurated in 2002, the Tour of Qinghai Lake is the world's 4th major annual road cycling race. At an average height of more than 3,000 meters, it is called "the highest altitude bike race in the world."