QINGHAI, China, Aug. 10, 2018 /PRNewswire/ -- This was published by Xinhuanet Qinghai/Europe. Below is the full article:

Immersed in the clouds above dreamy mountains and reflected in the mirror-calm blue water, the 17th Tour of Qingdao Lake, an annual premier multi-stage cycling race in Asia, came to the end last weekend after 13 days of adventure. Beyond victory and honor, the race leaves behind an unforgettable memory of sportsmanship and friendship, and a plan to engage more cycling enthusiasts locally and globally. 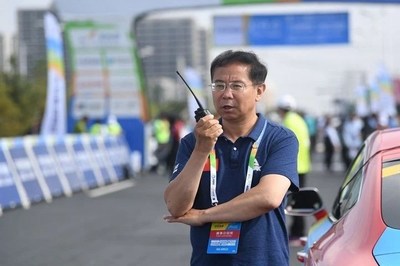 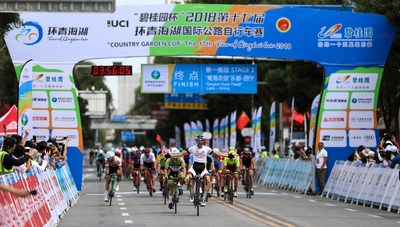 "More than just a cycling race, the Tour of Qingdao Lake is like a grand sport event and people's festival," said Gaizang Cairang, the head of the Sport Department of Qinghai Provincial government, referring to the cheer and applause from the local people along the way.

The 13-stage race started on 22 July in Haidong, Qinghai, and ended in Lanzhou, Gansu, with a total distance of the route is 3,671km. The 154 riders from 17 countries and regions participated in the 2018 race, making it more internationally representative this year than ever.

The organizer is still striving to make the Tour of Qinghai Lake not only a top race in Asia but also in the entire world. "We will bring in more professional and international practice in the race organization, and explore more innovative approach to strengthen its branding influence abroad," said Gaizang Cairang.

One of the ways, he noted, is to create some side events to allow local people and tourists to participate in the cycling sport. To expand its global reach, the Sport Department is also considering using live-broadcast or webcast for the future Tour of Qinghai Lake to share its excitement instantly with more people in the world.

Gaizang Cairang also emphasized that it is also important to leverage the opportunities created by the Tour of Qinghai Lake to improve the regional sport infrastructure and facilities that can benefit local people.

With the Tour of Qinghai Lake growing into a blue ribbon competition, its market value and influence also increased. It was estimated that the 2018 race could create local economic benefits equivalent to $70.9 million by boosting sport, culture, and tourism industries.