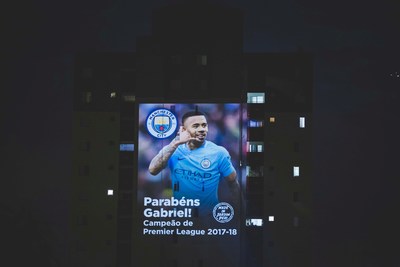 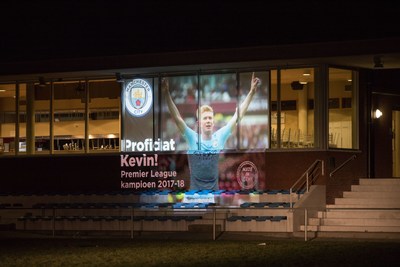 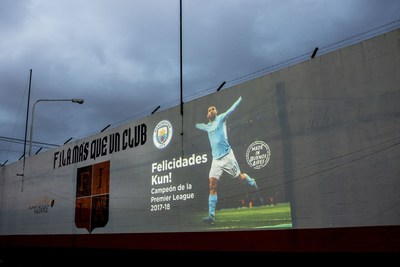 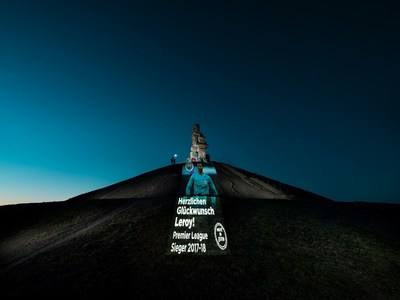 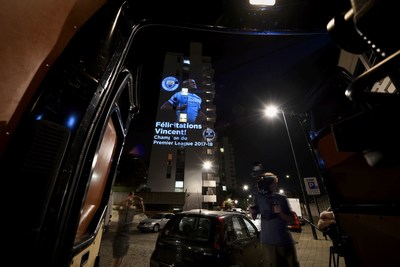 To celebrate Manchester City's Premier League win, a series of light projections took place last night in each of the players' home cities around the world. These projections, which spread across 25 cities over three continents, were a special surprise to the players after they lifted the Premier League trophy at the Etihad Stadium yesterday.

Every player who has been part of the title-winning campaign, manager Pep Guardiola and his coaching staff were represented in the projections which kicked off with an image of the squad on Manchester Town Hall last night. Each of the locations were selected due to a personal connection with the players, from the first pitch they ever played football in to their childhood school.

The locations included the favela in Sao Paulo where Gabriel Jesus first learned to play football, the beach in Gran Canaria where a young David Silva used to practise his skills and the site of Kevin De Bruyne's first club in Belgium where young footballers now compete in the 'Kevin De Bruyne Cup' each year. A projection also took place in Germany on a local landmark that Leroy Sané has tattooed on his back. Projections also took place across the City Football Academy in Manchester to recognise the young players who have graduated from the Academy to the first team this season.

Manchester City's chief operating officer, Omar Berrada said: "This was an ambitious and exciting project that we have been delighted to reveal over the last 24 hours. Yesterday was a great day in Manchester as we lifted the Premier League trophy and we wanted to do something that would resonate with our players and extend these celebrations to their home towns.

"The reactions from the players have been fantastic - they have loved seeing their Premier League achievement being marked in such special locations and allowing local fans to join in. I would also like to thank the friends and families of the players for their help in making this project possible."

To view photos and videos of each projection, visit http://www.mancity.com/ or the Club's social media platforms.

Locations for each projection (arranged by squad number):