ONCHAN, Isle of Man, June 20, 2019 /PRNewswire/ -- The Stars Group and one of its flagship sports betting brands Sky Bet have joined forces with Prostate Cancer UK to support Jeff Stelling as he undertakes his third March for Men marathon challenge. 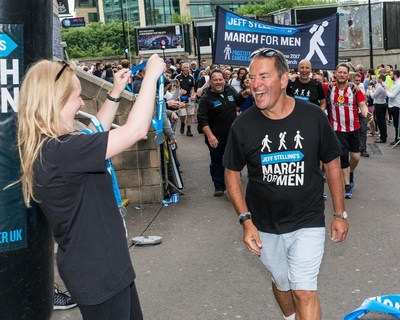 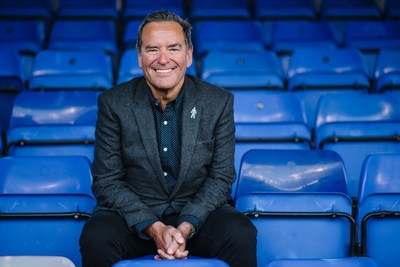 The Stars Group and Sky Bet staff will be supporting Jeff's March for Men by getting involved throughout the lead up and during the event itself, supporting Stelling all the way through his epic journey.

"We are delighted to work together with Prostate Cancer UK to raise awareness of a disease that affects one in eight men in the UK," said Sue Hammett, Head of Corporate Giving for The Stars Group. "We encourage all our staff and our customers to support in any way they can, and to learn more about the disease so they understand the risks and can potentially help save the life of a friend, a brother, husband, father, colleague, or even their own."

Prostate Cancer UK's Chief Executive Angela Culhane, who has walked more than 130 miles alongside Stelling across the 2016 and 2017 March for Men events, said: "We stand with men and for men: when diagnosis isn't good enough, to fund research breakthroughs to provide better treatments, to campaign for better care, and with direct help through our support services. The fight against prostate cancer, a disease that kills one man every 45 minutes, is a purpose worth uniting for, and we want to continue making strides to combat this disease."

Jeff's 100-plus mile March for Men kicks off at Hampden Park, home of the Scottish national team, and the nation's oldest club, Queens Park. Jeff then heads to Northern Ireland's Windsor Park (home of the national team – and national champions Linfield). In Wales he sets off from Newport County to Cardiff City, ending the day at the Principality Stadium. The final day in London sees him visit five clubs, including a trio of Premier League clubs, West Ham United, Arsenal and Tottenham Hotspur.

The epic challenge will see Stelling complete an impressive hat-trick for Prostate Cancer UK having Marched for Men in 2016 and again in 2017. To date he has raised almost £800,000 to fund research into treatment for the most common form of cancer to affect men in the UK and provide support for those affected by the disease and their loved ones. The Sky Sports presenter is aiming to take his cumulative fundraising figure beyond £1 million in his latest event.

PokerStars, the flagship poker brand of The Stars Group, and Sky Bet have both supported Prostate Cancer UK for several years. Stelling is a Sky Bet Ambassador and has benefited from the support of the online sports betting operator that has resulted in public fundraising and corporate donations for Prostate Cancer UK. In 2015, PokerStars partnered with the charity for the Lad's Night In initiative, which invited people to set up fundraising poker home games with friends.

Many people are unaware that prostate cancer is the most common cancer in men. It's a huge issue that cannot be ignored. One man will die from prostate cancer every 45 minutes in the UK. That's over 11,500 men a year.

To find out more about Jeff's March for Men visit the Prostate Cancer UK webpage.

About Jeff Stelling's March for Men

Football fans in Belfast, Cardiff, Glasgow and London will have the option to join him in an epic series of marathon marches from 5-8 September. The Football March for Men events will visit 16 grounds across the four cities:

To find out more about March for Men visit marchformen.org.

About The Stars Group

The Stars Group is a provider of technology-based product offerings in the global gaming and interactive entertainment industries. Its brands have millions of registered customers globally and collectively are leaders in online and mobile betting, poker, casino and other gaming-related offerings. The Stars Group owns or licenses gaming and related consumer businesses and brands, including PokerStars, PokerStars Casino, BetStars, Full Tilt, FOX Bet, BetEasy, Sky Bet, Sky Vegas, Sky Casino, Sky Bingo, and Sky Poker, as well as live poker tour and event brands, including the PokerStars Players No Limit Hold'em Championship, European Poker Tour, PokerStars Caribbean Adventure, Latin American Poker Tour, Asia Pacific Poker Tour, PokerStars Festival and PokerStars MEGASTACK. The Stars Group is one of the world's most licensed online gaming operators with its subsidiaries collectively holding licenses or approvals in 21 jurisdictions throughout the world, including in Europe, Australia, and the Americas. The Stars Group's vision is to become the world's favorite iGaming destination and its mission is to provide its customers with winning moments.

About Sky Betting & Gaming, part of The Stars Group