PAUILLAC, France, May 7, 2019 /PRNewswire/ -- Baron Philippe de Rothschild has been Official Supplier to the Cannes International Film Festival since 1991. The close links with the Festival forged over the years have made the Mouton Cadet Wine Bar a flagship Festival venue. Last year, celebrities such as Christopher Nolan, Ron Howard, Thomas Pesquet and Spike Lee came to enjoy the unique atmosphere of a special place at the heart of the Festival. 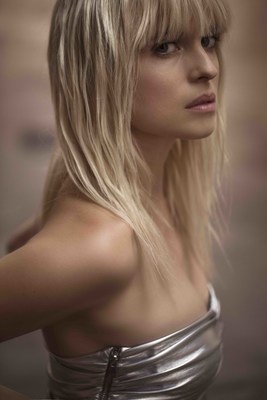 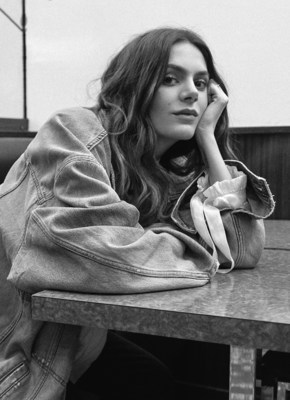 For the 29th year in succession, the Mouton Cadet Wine Bar will open its doors from 15 to 25 May on the rooftop of the Palais des Festivals. This edition celebrates the arts, which the Rothschild family have always treasured: film, of course, but also music. The artists invited to perform at the gala opening and the Sunsets embody the alchemy between the cinema and music. Through the close musical worlds in which they move, they form a fully-fledged musical family.

Cécile Cassel, alias HollySiz, actress, writer, composer, performer and member of a great family of artists, will offer a unique musical experience at the gala opening on Wednesday, 15 May. In a special creation for the event, HollySiz will be accompanied by three female vocalists in a fascinating acoustic set in which piano, voice and harmonies combine to revisit the songs, highlighting the intimacy of the texts and of the performance.

Two other musical dates for the Sunsets

On Thursday, 16 May, it will be the turn of the young French artist Owlle to share her personal musical world, which she describes as dream-pop. Noticed by Les Inrocks for her ambitious electropop, she studied at art school before embarking on a musical career. Her second album, Heavy Weather, came out last October.

On Tuesday, 21 May, the Mouton Cadet Wine Bar in the Palais des Festivals will host an elegant and magnetic showcase for the singer Barbara Carlotta. In a light and summery format, accompanied by her musicians, she will also invite the young actress and singer Luna Picoli- Truffaut to perform three songs in duet with her, including "Cannes", the lead song of her first album and now a festival anthem, as well as surprise covers of songs in tribute to the silver screen.

The Mouton Cadet Wine Bar is the place where people from the cinema world like to get together, for business meetings, interviews and lunches during the day and for more informal gatherings in intimate surroundings during the evening.

Bathed in the light of the setting sun, the terrace on the rooftop of the Palais des Festivals offers a warm atmosphere and a stunning view of Cannes Bay as the backdrop for memorable musical moments.

With a programme like that, there can be no doubt that the Mouton Cadet Wine Bar will once again be the place to end the day in style at the Cannes International Film Festival.

During this 2019 edition many celebrities are again expected to grace the terrace of the Mouton Cadet Wine Bar, indisputably the Festival's most elegant meeting-place.

Since 1933, the family-owned company Baron Philippe de Rothschild SA, headed by Chairman and CEO Philippe Sereys de Rothschild and located in the heart of the Pauillac vineyard, has been motivated by a constant ambition: to make the world's finest wines, each in its own category. That applies both to the châteaux wines for which it is responsible, like the renowned Château Mouton Rothschild, a First Growth, and to its branded wines, including the famous Mouton Cadet, now the world's best-selling Bordeaux AOC wine.

Created by Baron Philippe de Rothschild in 1930, Mouton Cadet symbolises the visionary spirit of the Rothschild family and its commitment to innovation. True to its convictions, the third generation is focusing on continuous improvement of the Mouton Cadet brand, a synonym for success in over 150 countries around the world. The international reputation of the company (and its brands) makes it a natural partner for prestigious international events like the Cannes International Film Festival, for which it has been Official Supplier since 1991.