ToJoy principally sponsored the Forum and supports the vision 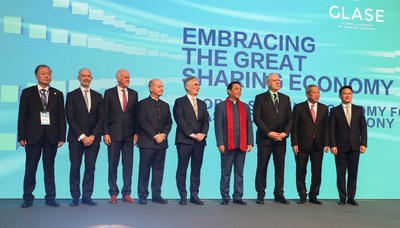 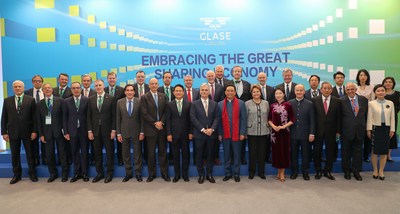 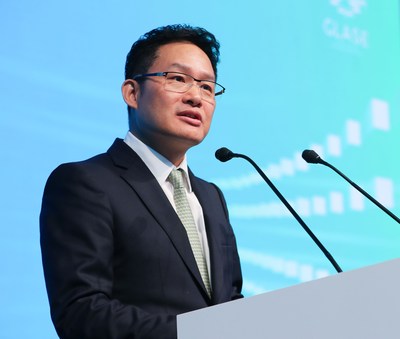 Fengyun Lei, the Counsellor of the Chinese Embassy in Austria, Doris Bures, the Second Speaker of the Austrian National Assembly, and Peter Hanker, the Minister of Finance and Economy of the City of Vienna, also attended the event. More than 250 people including celebrities and entrepreneurs from various fields around the world were in attendance.

GLASE was formally established under the joint initiative of political and business leaders from multiple countries at the meeting. As a global non-profit organization, GLASE will be committed to promote the sharing and interconnection of resources in the global business community, and will contribute to the sustainable development of the global economy with the concept of "Great Sharing." Former Australian Prime Minister Kevin Rudd was elected as the first chairman of GLASE, and more than twenty other former political figures from other countries hold other leadership positions in the Alliance.

The theme of the forum was "Embracing the Great Sharing Economy." There are great challenges in today's global economy. As a result, the concept of "Great Sharing" was proposed, which symbolizes new opportunities that can be constantly created to achieve sustainable development of the world economy. The Global Sharing Economy Forum also introduced the strategic vision of "dual reduction", which is based on the premise of being able to halve required resources and working hours through this "Great Sharing" concept.

The conference also held a special discussion on the direction and development of the sharing economy. During the forum, the Secretary-General of the Alliance, Ge Jun, predicted that the full development of the great sharing economy could bring about a "dual reduction" effect. "Dual reduction" means that under the new economic model of the general great sharing economy, the world will see a dual boost of resources and efficiency. This model will promote the exchange of knowledge, skills and funds, which can be maximized to improve efficiency and value. In the end, the aim is to reduce the global consumption of new resources by 50 percent while also reducing people's working hours by 50 percent.

The proposal of "dual reduction" not only provides us with a new perspective on global sustainable development and resource protection, but also provides a new way for people to get out of the global resource dilemma.

At the day the GLASE is established, the Secretary-General of the Alliance, Ge Jun, releases the Global Great Sharing Cloud (GGSC), an online business social media platform that enables global business chambers and GLASE member enterprises to have barrier-free interaction and exchanges. Ge Jun also announces that GLASE will host the Global Sharing Economy Leaders Summit in different cities worldwide to promote the cooperation and mutual success of leading enterprises around the world. An international consulting committee and a global sharing economy research institute will also be established to guide and support the development of the GLASE.

ToJoy is also the major sponsor of this event. After 28 years of development, ToJoy has become a global enterprise empowerment platform with the mission of "Empower business, share happiness." Since 2018, ToJoy has accelerated more than 130 enterprises, becoming China's largest unicorn enterprise accelerator. In its many years of practice, ToJoy has explored a set of proven and successful business models, demonstrating that resource and business opportunity sharing can accomplish interconnections and exchanges. In addition, ToJoy has many supporting services, including marketing, sales, project management, funding, capital management, IPO support, business intelligence, etc. They are highly consistent with GLASE's "Great Sharing" philosophy. A large number of outstanding companies such as DHC Software, Origin Water, Sousoushenbian, Zhongshanghuimin, have successively entered ToJoy's global enterprise empowerment platform. ToJoy is already the largest unicorn accelerator in China and a successful practitioner in the era of great sharing economy.

The convening of the first Global Sharing Economy Forum and the establishment of GLASE opened a new chapter of the great sharing economy era and expanded the cooperation of the global business community. The proposal of the "dual reduction" theory provides a new way for people to get out of the current global resource predicament. We have reasons to believe that under the initiative of GLASE, global politics and business can work together to grow and finally achieve "dual reduction."