DELFT, Netherlands, Nov. 10, 2020 /PRNewswire/ -- With the introduction of The Cone+, Dutch company I-nvention is responding to the growing global trend to filter cannabis smoke. The pre-rolled Cone+ joint, in which consumers can put cannabis, comes standard with a patented CTIP™ filter. This cone shaped filter contains high grade activated carbon made from natural coconut shells, which removes harmful and toxic substances from the smoke. 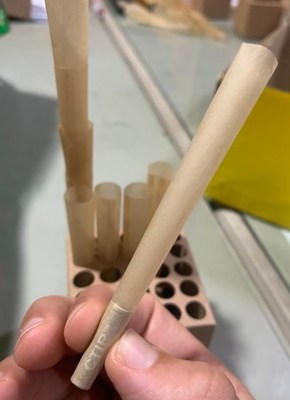 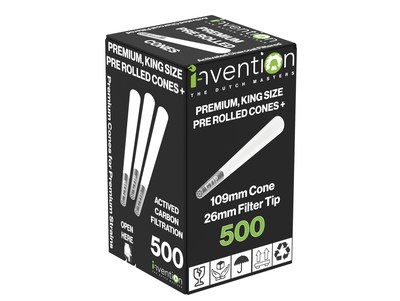 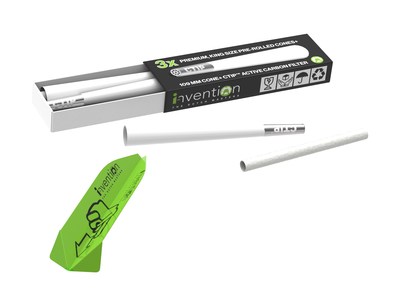 In addition, the innovation drastically softens the sharp taste of cannabis while smoked, without compromising desired components like CBD and THC, resulting in less coughing and irritation to the throat. The typical taste of natural cannabis seems enhanced after filtration.

I-nvention speaks of a real innovation in the cannabis market. The Cone+ is a logical follow-up of the successful introduction of the CTIP™-filter, used for manual rolling, which the company launched a year ago.

The CTIP™- has a unique cone-shaped recyclable aluminium housing that contains activated carbon that adheres tar and most of the other harmful substances like a magnet. As a result, they do not infiltrate the lungs. Nowadays cannabis connoisseurs are very aware of their health. The trend is that consumers put less or no tobacco in a joint, but cannabis smoke also contains undesirable components when burned. The filter does not get everything out, but in any case makes smoking a pre-rolled joint less harmful, says I-nvention.

The company has designed the filter cone-shaped, allowing consumers to roll a joint more easily if they want to do that themselves. In the pre-rolled The Cone+ the CTIP™-filter is included so consumers or suppliers only need to add cannabis. Based on the successful introduction of the CTIP™-filter, I-nvention says millions of 'cannabis connoisseurs' around the world will appreciate and utilize the new invention.

I-nvention is an innovative design and manufacturing company with headquarters in Delft and a division in Shenzhen, China, and Indonesia. The company specializes in innovation in the cannabis retail market. I-nvention became famous when it invented the world's first electronic joint in 2014.