- First ever Beatles-backed radio channel to feature exclusive programming, spanning the songs, stories, influences and legacy of The Fab Four

NEW YORK, May 2, 2017 /PRNewswire/ -- SiriusXM is pleased to announce The Beatles Channel, launching May 18 at 9:09 am ET exclusively on SiriusXM channel 18. Celebrating popular music's most legendary and influential band, The Beatles Channel has been created by SiriusXM to present unique and exclusive programming in collaboration with and fully authorized by The Beatles' Apple Corps Ltd. The Beatles Channel will also be available online and through the SiriusXM app. 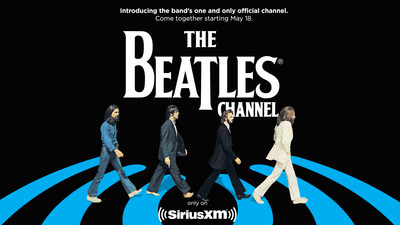 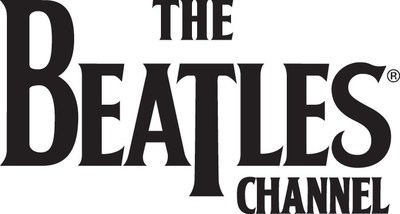 The Beatles Channel will showcase all-things-Beatles with regular and special programming spanning the history-making careers of the band and its members: John Lennon, Paul McCartney, George Harrison and Ringo Starr. The channel will explore The Beatles' entire career including their hits and deeper tracks, live recordings, rarities, and solo albums, while also spotlighting musicians who have inspired, and have drawn inspiration from, The Beatles.

Paul McCartney said, "I still remember the thrill of when we first heard our music on the radio, but I don't think any of us would have imagined that we'd have our very own Beatles radio channel more than 50 years later. The SiriusXM channel will have it all, 8 Days a Week."

Ringo Starr added, "Great news, The Beatles will have their own channel on SiriusXM. Now you can listen to The Beatles, Any Time at All. Peace & Love."

"We are so proud to announce the most popular band in history has joined us for their own SiriusXM channel," said Scott Greenstein, President and Chief Content Officer of SiriusXM. "We've worked with The Beatles and Apple Corps Ltd. to create a channel that is as vital today as when the band's music was first recorded. The channel will be all-things-Beatles, 24/7. The soundtrack of our world, made by John, Paul, George and Ringo."

The Beatles Channel will launch at exactly 9:09 am ET on Thursday May 18, and will be celebrated as part of SiriusXM's free listening preview program, offering 24/7 listening on inactive SiriusXM radios from May 17 to May 30.

The Beatles Channel will present a curated mix of music tailored to a wide range of Beatles fans, along with a variety of regular shows and specials, including:

On June 1, The Beatles Channel will celebrate "Pepper Day" on the 50th Anniversary of the band's acclaimed Sgt. Pepper's Lonely Hearts Club Band, playing the album's new Anniversary Edition stereo mix in its entirety. The album spotlight will be accompanied by commentary by the album's original producer, the late George Martin, and by his son, Giles Martin, who produced the album's new stereo and 5.1 surround mixes from The Beatles' session tapes, guided by his father's original, Beatles-preferred mono album mix. Apple Corps Ltd./Capitol/UMe will release 'Sgt. Pepper' in several Anniversary Edition configurations on May 26.

Apple Corps Ltd. was founded by The Beatles in 1968 to oversee the band's own creative and business interests. As part of its management of The Beatles' entire intellectual property canon, the London-based company has administered the legendary band's recorded catalogue, with more than 800 million physical and digital albums sold to date.

Apple Corps has also piloted innovative Beatles projects, which have become benchmarks for pioneering accomplishment, including the record-breaking, 30 million-selling album The Beatles 1, the universally acclaimed The Beatles Anthology series, the Grammy®-winning CD, vinyl, digital and streaming release of The Beatles' 13 remastered studio albums, and in partnership with Imagine Entertainment, White Horse Pictures and Polygram Entertainment/UMG, the Grammy®-winning 2016 feature documentary, The Beatles: Eight Days A Week – The Touring Years, directed by Ron Howard.

In Apple Corps' first major theatrical partnership, The Beatles LOVE by Cirque du Soleil® has played to nearly eight million audience members since its June 2006 opening at the Mirage in Las Vegas.  The Beatles' LOVE also resulted in a double Grammy®-winning album and a Grammy®-winning feature film, All Together Now, which details the fascinating story behind the unique partnership between The Beatles and Cirque du Soleil that resulted in the creation and launch of LOVE.

The Beatles debuted for streaming worldwide on December 24, 2015 with the band's 13 U.K. studio albums and Past Masters (Volumes 1 & 2), The Beatles 1962-1966, The Beatles 1967-1970, and The Beatles 1. The Beatles' Anthology, Volumes 1-3 music collections and LOVE album followed on April 4 and June 17, respectively. Songs by The Beatles were streamed more than two billion times within the first year.

And continuing the commitment to preserving the archives and legacy of The Beatles' catalogue, The Beatles' Help!, Yellow Submarine, and Magical Mystery Tour  feature films have in recent years been painstakingly digitally restored for DVD, Blu-ray™, and iTunes release.