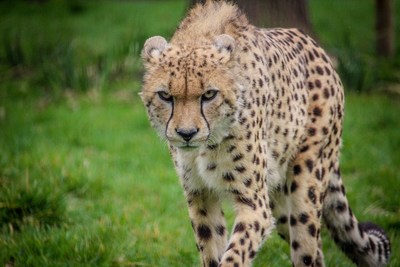 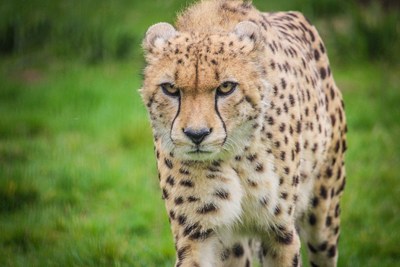 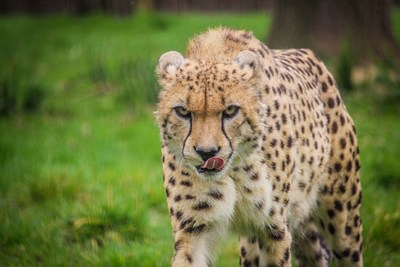 After a 6,000 mile flight, the pair will first settle in at Ashia's Cheetah Center in South Africa's Western Cape before eventually moving to Mount Camdeboo Private Game Reserve, a 14,000 hectare property in Great Karoo. There, they will undergo a rewilding process developed and successfully applied by Ashia over the last two years.  Mount Camdeboo is home to many rescued and rehabilitated animals, including a bull elephant rescued by The Aspinall Foundation in partnership with the Mount Camdeboo team in October 2019.

Saba was hand-reared by Aspinall Foundation Chairman Damian Aspinall and his wife, Victoria in their home.

Damian and Victoria will accompany Saba & Nairo on their journey from the UK to South Africa and will personally release them into their new home. The groundbreaking project is the first time a captive-born, hand-raised cheetah has left the UK for rewilding in Africa.

Cheetahs are listed as Vulnerable by the ICUN, with an estimated 6,674 individuals remaining in the wild. Habitat loss, conflict with humans and increasing pressure from the illegal pet trade means that cheetah only inhabit around 10% of their historic range. Saba & Nairo's rewilding and participation in a breeding programme will bring vital new genetics to the South African population.

A major fundraising campaign has been launched to support the move. Big cat-fans will have the opportunity to donate, adopt Saba & Nairo or purchase limited edition merchandise on The Aspinall Foundation website. All profits will go directly to the move and ongoing care and monitoring of Saba & Nairo.

Damian Aspinall, Chairman of The Aspinall Foundation said: 'It will be difficult to say goodbye to Saba & Nairo but finding ways to return animals to the wild is something I believe in passionately. This approach may challenge the zoo community, but it is the right thing to do and I sincerely hope more zoos around the world finally take notice and follow suit.

With fewer than 7,000 cheetah remaining in the wild, it is more important than ever to support the wild population by bringing captive bred animals back to their ancestral homes for rewilding. We at The Aspinall Foundation have proven time and time again that it can work. We have already successfully rewilded animals in Congo, Gabon, Java, South Africa, Tanzania and China.

We have selected our partners for this project very carefully and I have complete faith in the teams at Ashia and Mount Camdeboo Private Reserve, who we will work closely with every step of the way.'

For further information about The Aspinall Foundation, please visit www.aspinallfoundation.org

The Aspinall Foundation manages conservation projects in Congo, Gabon, Indonesia, Madagascar and Southern Africa, as well as providing financial support to various partner projects around the world. The conservation charity's important work helps prevent some of the most endangered species on the planet from becoming extinct.

The Aspinall Foundation works closely with two wildlife parks in Kent - Port Lympne Hotel and Reserve and Howletts Wild Animal Park.  The parks are breeding sanctuaries for some of the world's most endangered species. Where possible, animals born at the parks are released into protected areas of their natural habitat, as part of The Aspinall Foundation's Back To The Wild programme.

Ashia, a world-class cheetah centre near Cape Town in South Africa's Western Cape, was founded to help prevent the further decline of cheetah populations and to increase the genetic gene pool through its captive Breeding, Wilding and Release Program. Ashia is successfully returning captive born cheetahs into the protected wild of South African game reserves and national parks. The relatedness of the reserve populations is becoming an issue and preventing inbreeding without supplementation from outside will be practically impossible.

Mount Camdeboo, which will be Saba & Nairo's final home, is a 14,000 hectare private reserve.