ST. PETERSBURG, Russia, Oct. 24, 2017 /PRNewswire/ -- Many Christian doctors from across the world came together, presented and shared various divine healing cases, which had occurred by the power of God, at the 14th WCDN (World Christian Doctors Network) Conference held in St. Petersburg, Russia. This has a great significance in view of Russia's anti-terrorism laws, which restrict Christians from evangelizing outside of their churches. For example, the Yarovaya Law is in effect to restrict the practices of religious minorities, such as evangelism or the importation of foreign religious literature so that the Russian government gives priority to the Russian Orthodox Church. The 14th International Christian Medical Conference was held on the 20th and 21st day of October, hosted by WCDN (World Christian Doctors Network). Approximately 400 medical doctors and professionals from 13 countries, including Russia, Korea, Israel, Italy, Netherlands, Spain and Belarus attended the conference. 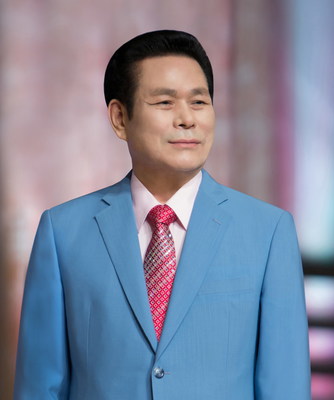 "The presentations given at the conference, which were about the root causes of diseases and spiritual and divine healings were absolutely necessary for Russian doctors," said Dr. Oleg Ostreiko, the chairman of the organizing committee. "The atmosphere of the whole conference was excellent. The case presentations were very inspirational, and especially the performance of the Korean team was of very high quality and spirituality," said Dr. Andre Gasiorowski, the president of "Helping Hands Coalition" and one of the organizers of the 2018 WCDN conference in Poland. He also said he would do everything in his power to make the next conference a success.

WCDN (www.wcdn.org) is headquartered in Seoul, Korea and was organized to attest to the spiritual power of divine healing with medical data. Through the ministry of WCDN, a lot of Christian medical doctors around the world actively share their opinions and perform their ministries in enthusiastic collaboration. This International Christian Medical Conference begun in Seoul, Korea in 2004 and since then it is held in different countries every year. The 15th International Christian Medical Conference, hosted by WCDN, will be held in Poland.