How Hangzhou is taking on the role of "Water Sports Utopia"

HANGZHOU, China, Aug. 14, 2018 /PRNewswire/ -- The 14th FINA World Swimming Championships (25m) will be held in Hangzhou from December 11 to 16, 2018. The first phase of public booking will be available around late September this year and the second phase will start in early October.

As a top-notch gathering, athletes and swimming fans are looking forward to the event. Over 900 athletes are expected to attend it, representing around 150 nations. According to a report done by Zhejiang Online, this event is sure to bring a surge of not only affecting Hangzhou's tourism, attracting foreigners from different countries around the world, but also further raising their ranks as an National Fitness Site. With less than four months till the event, sports enthusiasts alike are holding their breath and not just underwater.

Hangzhou has been the city for a number of aquatic sports, attracting sports enthusiasts alike, sports range from padding to competitive swimming. To go along with that there have been a number of recent sports competitions taking place in Hangzhou as well including the Hangzhou Gongshu Chinese Kayak Tour, the World Swimming Conference, various exhibitions, grand award ceremonies and the upcoming 2018 FINA World Swimming Championships in December.

Though paddling is not quite popular in China, it has been prevalent in Europe and US for a long time. Paddling is a competitive and recreational water sport, which is usually divided into kayaking and canoeing. Hangzhou Bingjiang launched its first paddling tourism line in March, giving outdoor enthusiasts a good opportunity to relax in Hangzhou.

Following that up on June 23 , 2018  Hangzhou Gongshu Chinese Kayak Tour was held on the Xitang river as a tribute to the Grand Canal. Over 150 kayak experts at the time from put on a performance. Because of the effort of the "Five Waters" program, the natural bodies of water in Hangzhou have been gradually improving over the years. According to an interview conducted by a reporter of Jiang Xin News, founder and senior coach of Hangzhou Kayak Club stated, "the water quality has improved a lot and the scenery on both areas of the river are becoming more beautiful, even being completely underwater is not a problem at all." 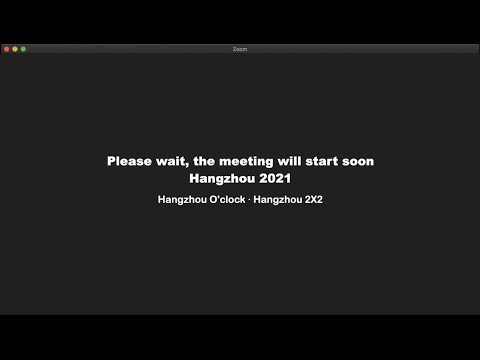 A Team of Native Hangzhou Millennials Paint their Hometown...