- Its large size, design and spacious interior - just a few of the features highlighted by the fans of the Spanish carmaker

- The Tarraco completes SEAT's SUV range and is making its worldwide debut next 18 September in Tarragona, Spain

- More than 146,000 people participated in selecting its name which, for the first time, was done by popular vote

MARTORELL, Spain, July 23, 2018 /PRNewswire/ -- SEAT decided to let ten international followers of the brand have an exclusive first look at its newest model, the SEAT Tarraco. Coming from the UK, France, Italy, Germany and Spain, these fans got the chance to admire the company's third SUV up close before its international presentation. These were their reactions when seeing the vehicle that completes the brand's SUV offensive:

-Surprise in the darkness: After receiving an invitation to visit the Martorell facilities, these SEAT fans were in for a big surprise. They were given cryptic instructions before walking into a dimly lit room: "Go on in, take a seat and enjoy". Taking turns in pairs, the fans walked into the company's auditorium where they could only make out a couple of chairs. "Why is it so dark in here? I can't see anything", says one of the baffled visitors. "What's going on here?", adds the second as he takes his seat in the chair.

-For their eyes only: A dark cover is pulled back for them to discover the surprise. "What an elegant silhouette - it's stunning", says one of the fans. Besides its design, other aspects that jump out at them are its robustness and large size. "It's a lot bigger than I expected; it would be great for my everyday needs" says a brand enthusiast from France. "I want it", exclaims another fan who has travelled all the way from the UK with her daughter.

Tarraco, Latin for Tarragona, is the first SEAT model name chosen by popular vote after more than 146,000 fans participated in the final phase of the #SEATseekingName initiative.

With the new SEAT Tarraco, which will be unveiled in Tarragona next 18 September, the company is adding a new model to its biggest ever product offensive to complete its SUV range, currently featuring the Ateca and the Arona, with a large sized vehicle seating up to 7 passengers. The product offensive kicked off in 2016 with the launch of the Ateca and continued in 2017 with the Leon facelift, the fifth generation Ibiza and the new Arona crossover. The SEAT Tarraco is scheduled for market release at the end of this year. 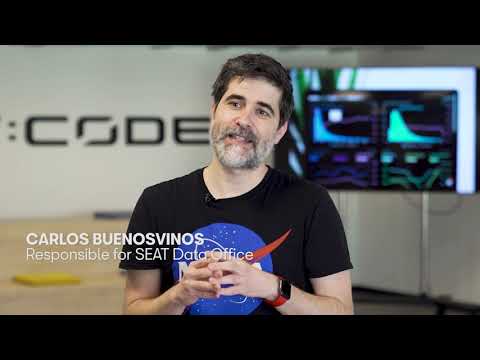