$10 million celebration and the chance to experience UFC® 241: CORMIER VS. MIOCIC 2 live in California

ONCHAN, Isle of Man, June 18, 2019 /PRNewswire/ -- UFC KO Poker hits the PokerStars online felt on June 23, bringing the thrill of the UFC® even closer to players with the opportunity to unleash spectacular poker knockouts inside the world-famous Octagon®.

PokerStars' exclusive global partnership with UFC brings a new product that rewards the victorious with cash prizes every time a knock-out blow to a rival player is delivered. 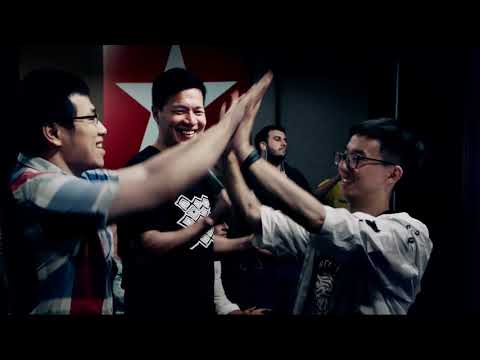 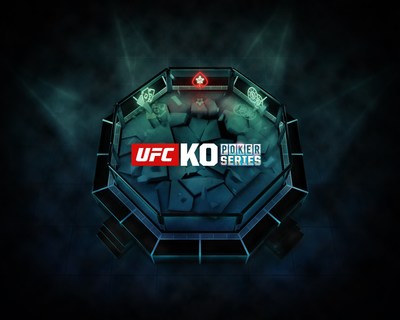 On June 23  the new UFC KO Poker Series also kicks off, featuring more than $10 million in total guarantees across 68 events and an array of opportunities to win an unforgettable trip to Anaheim, California for UFC® 241: CORMIER VS. MIOCIC 2, which takes place on Saturday, August 17 at the Honda Center.

"UFC KO Poker is the perfect pairing of the thrill and skill of both UFC and poker," said Bruce Buffer, UFC announcer and PokerStars Ambassador. "This no-mercy format is so much fun and nothing beats a knockout. I'm excited for the KO Poker warriors to join us in California for UFC® 241: CORMIER vs. MIOCIC 2."

From the Virtual Octagon to the Real-life Arena

There are three UFC® 241: CORMIER VS. MIOCIC 2 packages up for grabs:

"Knockouts are synonymous with both poker and UFC," said Christopher Coyne, Chief Marketing Officer, Stars Interactive Group. "Our new game and the UFC KO Poker Series have all the ingredients to get both PokerStars and UFC audiences excited to join us in the virtual Octagon for more thrills, more entertainment and more exciting rewards. We're looking forward to seeing who will be crowned our UFC poker champions!"

To find out more visit the PokerStars Blog.

UFC®, is the world's premier mixed martial arts organization and the largest Pay-Per-View event provider in the world. With more than 300 million fans worldwide, including 70 million social media followers across all of its digital platforms, UFC's programming is broadcast in over 170 countries and territories to more than one billion TV households worldwide in 40 different languages. UFC produces more than 40 live events annually and consistently sells out some of the world's most prestigious arenas. Since 2001, UFC has been proudly headquartered in Las Vegas, with a network of employees around the world. UFC's current roster boasts more than 570 athletes representing over 55 countries currently on its active roster. UFC FIGHT PASS®, the world's leading digital subscription service for combat sports, delivers exclusive live events, thousands of fights on-demand and original content to fans around the world. UFC was acquired in 2016 by global sports, entertainment, and fashion leader Endeavor, along with strategic investors Silver Lake Partners and KKR, in what is among the largest transactions in sports history. For more information, visit UFC.com and follow UFC at Facebook.com/UFC, Twitter, Snapchat and Instagram: @UFC.

Poker's Most Famous Fans Unite For 'Stars CALL for Action -...