SUZHOU, China, Oct. 31, 2019 /PRNewswire/ -- On the night of Oct. 28th, 2019, government officials, business groups, associations, designers, artists, colleges & universities, press representatives, the general public as well as tourists, in a total of over a thousand people, came to attend the closing ceremony of Suzhou Design Week 2019. 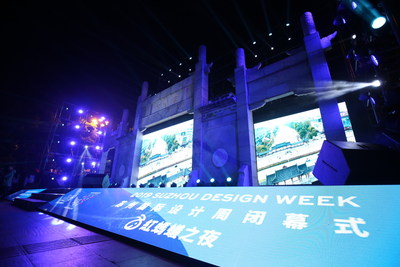 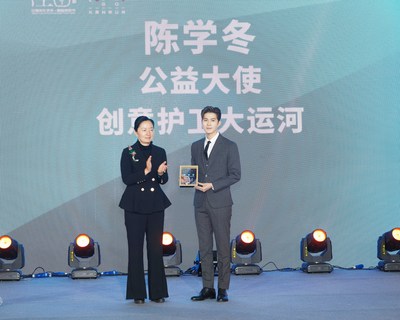 Suzhou Design Week is one of the biggest annual international events in Suzhou with invited designers and brands from the UK, France, Italy, Mexico, and Japan, and attracted many local and foreign tourists to visit. The whole Gusu city became livelier with the series of design events held by SDW, and SDW has, in turn, become a new phrase for Suzhou culture. There were almost 40 exhibitions, over 20 talks & salons, and over 30 other activities and events during this week. It was estimated that almost one hundred thousand people visited the Suzhou Design Week's main venue – Taohuawu.

During the Design Week, SDW invited the young actor XueDong Chen as the charity ambassador – "Creative Canal Protector". At the event, Chen advocated young people to be eco-friendly and protect the canal environment as well as the cultural environment.

A video clip of the former Australian prime minister speaking about SDW was also played during the closing ceremony, followed with a fashion show performance with the combination of Australian culture and Chinese culture. Mary Ma and her brand (also Mary Ma) also appeared at the end of the event.