NUR-SULTAN, Kazakhstan, Feb. 25, 2020 /PRNewswire/ -- More than 40 international experts and 1,100 survey respondents from 70 countries shared their opinions and helped compile the Top 10 Risks report at the Vth annual meeting of the Astana Club, a major geopolitical forum for Europe and Asia, organised by the Institute of World Economics and Politics (IWEP). 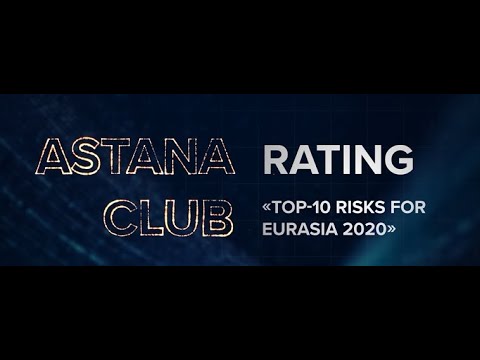 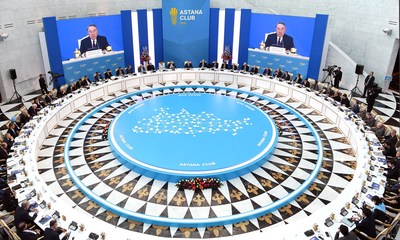 Some of the Top 10 Risks for Eurasia in 2020, which the Astana Club announced in late November 2019, are already coming true or appear to be heading toward reality.

Some of the risks that have already surfaced or are on the horizon are:

THE SHIFT TO FORCE IN THE US-IRAN STAND-OFF

The US and Iran's recent shift to force in their long-running stand-off showed how quickly their rivalry could escalate.

European countries had been sympathetic toward Iran after the United States pulled out of the nuclear agreement that the Obama administration had negotiated with Tehran. Iran's decision to rain missiles down on American troops in Iraq may lead to Europe dropping that support.

GLOBAL REVERBERATIONS FROM THE 2020 US PRESIDENTIAL ELECTION

The Astana Club's experts consider the unpredictable reverberations that the US presidential election may have on international affairs the top global risk of 2020.

The world's superpower is deeply divided politically. Will the Trump administration take steps to shore up the president's re-election chances by pursuing policies that could negatively affect global relations?

The last economic recession came just 12 years ago, at a time when international affairs were more stable than now. Experts worry that, given the present turmoil, another recession could surface – and it could be deep and lasting.

Astana Club experts point out that the old rules no longer apply to today's multipolar world, and the new ones have yet to emerge. This means the established global order is under the risk of unpredictable and permanent collapse.

The full report on the Top 10 Risks is available at: Link