The 2020 Sunhak Peace Prize was awarded to President Macky Sall of the Republic of Senegal and Bishop Munib A. Younan, the International Honorary President of Religions for Peace. Marking the centenary of the founder Rev. Sun Myung Moon, a special Founders' Centenary Award was presented to former UN Secretary-General Ban Ki-moon. 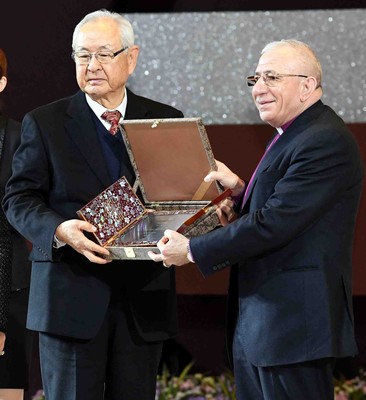 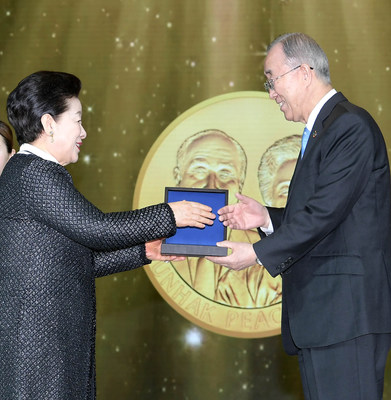 President Sall was recognized for successfully shortening the presidential term from seven to five years and reviving the economy through transparent policies, thereby spreading mature democracy to neighboring countries on the African continent where long-term dictatorship and poverty still abound.

Bishop Younan was recognized for his 40-years of work to promote harmony among Judaism, Christianity, and Islam in the Middle East and in particular to resolve the Israeli-Palestinian conflict.

In his acceptance speech, President Sall emphasized that peace requires social components of inclusive economic growth that contributes to poverty eradication and reduction of inequality. He reaffirmed his determination to take lead in ending the conflicts on the African continent and achieving social and economic development.

Former UN Secretary-General Ban stated that "there are still more than 700 million people going to bed with a hungry stomach" and that receiving this prize gave him "much more added commitment, added motivation that I should do much more because there are still many people who are yearning for peace, prosperity, and for their human rights to be respected and protected."

The ceremony was attended by more than 5,000 people, including former and current heads of states and representatives from various governmental, academic, industrial, media, and religious organizations worldwide.

The Sunhak Peace Prize is awarded to individuals and organizations that have greatly contributed to the peace of future generations and human development.