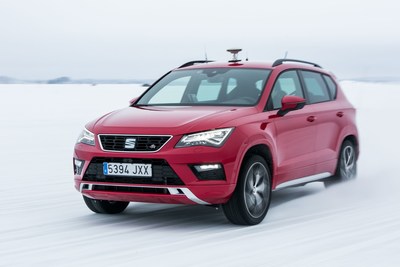 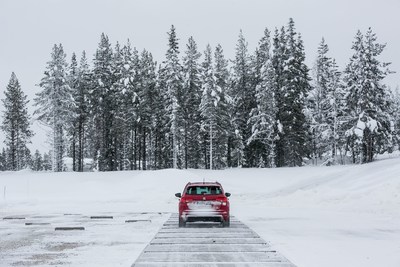 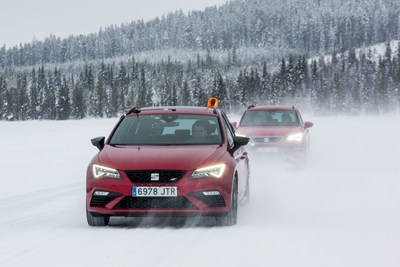 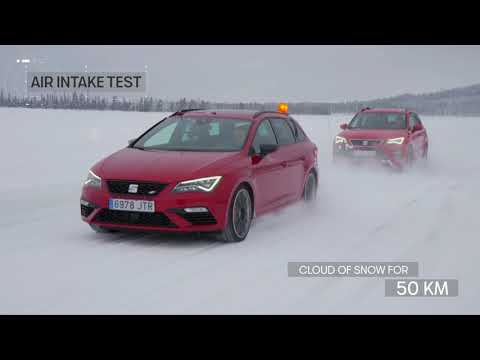 Forests of snow-covered birch and pine trees, temperatures that can reach 35 degrees below zero and a frozen lake used as a track. At a location near the Arctic Circle, SEAT engineers push up to 90 cars to the limit every year. The following are the most extreme winter tests that the SEAT Ateca FR was put through.

-Stability control: This test is performed on a circular track on the frozen surface of a 6 square kilometre lake. The car's traction control is disabled in different stages, and on some models it is even switched off completely for sportier driving. If the vehicle veers off course, the ESC system controls the wheels to correct the vehicle's direction of travel.

-Braking test: 200 metres of tracks with two different surfaces - high and low grip. One of the lanes is heated to 10 degrees to prevent the asphalt from freezing, while the other is cooled to -16 degrees to preserve the ice. This test helps engineers calibrate the ABS system, a driver aid that controls vehicle stability in the most extreme conditions.

-Aspiration test: The purpose of this test is to check that the engine's air filter does not get blocked when driving in a cloud of snow behind another vehicle. To simulate this condition, two cars are needed that reach a speed of 80 km/h. The first one causes the snow to swirl and the one behind undergoes the analysis. The filter is checked after 50 kilometres to ensure it is not saturated, which could cause the engine to lose power.

-Noise analysis: The driver, and usually a second technician, try to detect any noise that can be annoying to the passengers and where it comes from. Due to the cold, some of the three thousand parts of a car contract and can be the cause of these noises when they come into contact. In order to analyse them, the cars are driven over several kinds of surfaces at different speeds. One of the variations of this test consists in driving the car several times on a 30 metre track lined with rumble strips at a speed of between 20 and 30 km/h.

-30,000 km of intensive use: This is the distance covered by vehicles in the durability test on actual roads that are covered with snow and ice. It is a part of a global test that is performed over 150,000 kilometres in different conditions, which is used to analyse the wear they have to endure over the years.