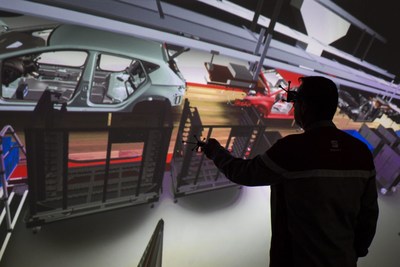 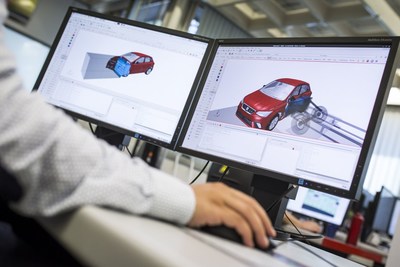 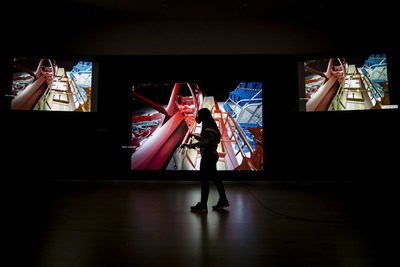 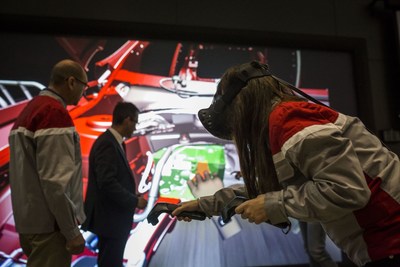 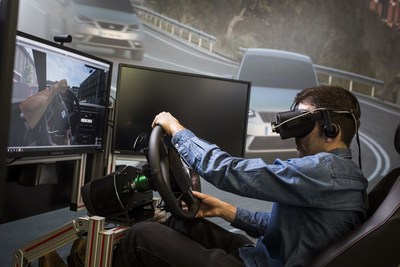 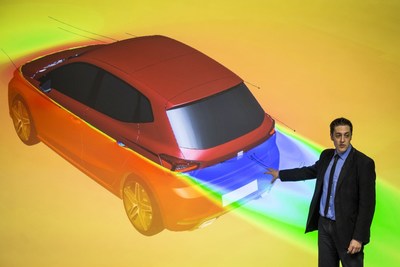 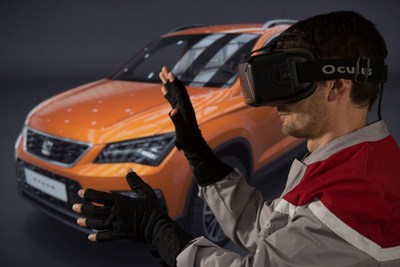 The world of video games provided the impetus to virtual reality in the 80s and increasingly more sectors are now using this technology, such as the automotive industry. 3D has revolutionised the way to create and develop cars in recent decades. How are these new tools applied to car manufacturing?

- Designers with Full HD glasses: These glasses enable them to immerse themselves in a driving experience that is similar to what future customers will have. Although the initial design of a new car always begins with pencil and paper, 3D technology soon comes into play. Thanks to this, designers can not only evaluate purely creative aspects, but other more functional ones as well, which ensures that 90% if the initial sketches are viable.

- 95,000 3D simulations per model: Virtual reality plays an essential role in every development stage. 95,000 simulations were performed in the case of the new SEAT Ibiza, which is twice as many as for the previous generation. Among other tests carried out, virtual collisions are staged so that future cars are safer than ever. During the approximately three and a half years of development that go into a car, up to three million elements are analysed using simulations, a figure which was limited to about only 5,000 items 30 years ago.

- 30% reduction in prototype production time: This technology has enabled to reduce by half the number of prototypes that need to be made physically prior to launching a new model. It also allows their production time to be lowered by 30%. Unlike several decades ago, today the latest tools make improvements and decision making much faster.

- More than 800 areas of improvement for each model: This reduction in time and resources in the production of a car has a direct effect on customers, not only in the precision and quality of the product, but also on lowering the final Price. In the case of the SEAT Ateca, up to 800 improvements were introduced before it went into production.

- Immersion in the virtual factory: Virtual technologies also provide an immersive experience to reproduce the real world. In this regard, by using 3D glasses and a few controls, technicians at the Prototype Development Centre imitate and analyse the movements made by workers on the assembly line in order to optimise their working time and improve workstation ergonomics.

- Dealerships of the future: Choosing a car from a catalogue will soon be a thing of the past. Thanks to virtual reality, customers can configure the trim level and colour of their vehicle and see the result by wearing 3D glasses. In addition to this, they will also be able to experience a virtual test-drive without stepping outside the dealership.