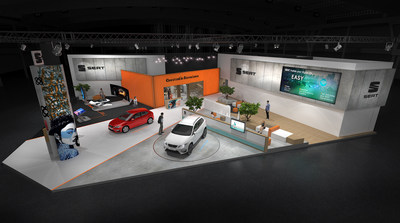 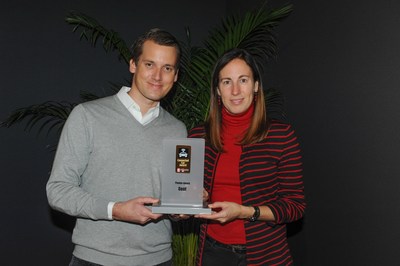 SEAT is attending the Mobile World Congress 2018 with a spectacular portfolio full of developments in connectivity. Participating this year for the fourth time in a row, the brand is going to showcase its latest solutions and advances in Easy Mobility, which is its strategy for developing future mobility. The fully customisable SEAT Simulator, the first initiatives resulting from the company's collaboration with Telefónica, the SEAT Leon Cristobal, the integration with Alexa and other entertainment systems, and the quick rounds of meetings between senior brand executives and representatives of leading tech companies will be some of the proposals scheduled by SEAT at the congress.

"SEAT continues to strengthen its ties to the city and is committed to consolidating Barcelona as the world mobile capital of new technologies. The Mobile World Congress is certainly the world's most important technological event, and yet for another year, SEAT is going to present the innovations that are expected to set trends in the industry and define future mobility" said SEAT President Luca de Meo, who attaches great importance to the impact of the event on business capacity. "Tech industry leaders attend this congress and at SEAT we want to establish synergies with companies that promote our position as a reference in vehicle digitisation".

In the different areas set aside for SEAT at the Congress venue, the company will be presenting its advances in present and future connectivity. The main zone features an impressive simulator to highlight the 360° vision of the future of digitisation that the brand is developing. Through the SEAT ID, users can configure their identity to adapt the simulator to their profile and needs, access the brand's digital content and plan the best customised option to drive in the city. Once behind the wheel of the simulator, visitors will have the opportunity to experience what driving will be like in the future. The experience will be fully customisable and interactive, drawing on the latest advances in connectivity and driving that the brand is currently working on.

Another of SEAT's highlights at the Mobile World Congress 2018 will be the SEAT Leon Cristobal, which pursues the objective of zero accidents in urban environments. This 'guardian angel' concept car, which received rave reviews at the recent Smart City Expo, features more than 15 safety assistants whose functions can contribute to reducing the main causes of traffic accidents, including distractions, drowsiness, excess speed or alcohol consumption.

SEAT, once again a pioneer in integrating interactive solutions

The area of assistants and entertainment will also play a major role at SEAT's stand. During the congress, visitors can experience the integration of Amazon's voice activated assistant Alexa in the SEAT Ateca, with SEAT being the first carmaker to include this feature in Europe. Its functions are geared to optimising the time spent while in the car, including managing a personal agenda, locating points of interest or keeping up to date with the latest news, among others.

Likewise, the brand is going to take advantage of its participation at the congress to present its partnership with one of the world's most popular entertainment systems. Once again, SEAT will thus become the first carmaker to integrate this system in its vehicles. Furthermore, Luca de Meo will make another major announcement during the press conference being held on the first day of the event, on 26 February.

In fact, the brand's commitment to digitisation has recently been acknowledged with the 'Connected Car 2017' award in the pioneer category, organised by the German magazines Auto Bild and Computer Bild, which each year honours the best connected car related innovations. Leyre Olavarria, Head of Connected Car at SEAT and Digital Officer Fabian Simmer picked up the award last 9 January at the CES Las Vegas.

SEAT on the side of talent and disruptive proposals

SEAT's ambitious presence at this edition of the Mobile World Congress will be complete with participation by the brand in 4YFN, a business networking platform promoted by Mobile World Capital Barcelona that brings together startups, investors, public institutions and big companies. SEAT will target its own space at the congress to attract talent and professionals in the digital environment. In addition, the company's executive team will be conducting meeting with several of the attending startups with the aim of identifying possible disruptive projects to enhance the company's digital ecosystem.

SEAT is the only company that designs, develops, manufactures and markets cars in Spain. A member of the Volkswagen Group, the multinational has its headquarters in Martorell (Barcelona), exporting 80% of its vehicles, and is present in over 80 countries through a network of 1,700 dealerships. In 2017, SEAT achieved worldwide sales of nearly 470,000 vehicles.