The safest SEAT Leon ever 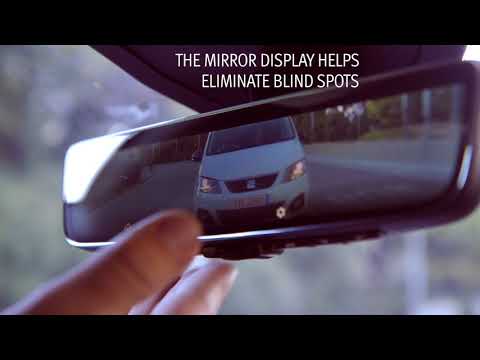 SEAT presents the concept car Leon Cristobal in the framework of the Smart City Expo in Barcelona. We tested its main assistants with one of the engineers who participated in its creation, Stefan Ilijevic, head of Predevelopment, Patents and Innovation at SEAT.

-If a young driver tests positive for alcohol, the car will not start: With the 'Mentor' assistant, parents can "define and limit where the car can be driven, limit the speed and even programme the vehicle so it cannot be started if the driver does not pass the breathalyser test" , explains Ilijevic.

-Black box, from planes to cars: When the vehicle detects a sudden braking motion, a front mounted camera records the last 10 seconds of driving and all the indicators are recorded: speed, acceleration and braking. The video gets sent directly to a selected smartphone and can be used in case of an accident to clarify the circumstances of the event.

-Stay connected, but without distractions: Around "36% of traffic accidents are related to distractions, and the main cause is handling the mobile phone", adds Stefan. With the 'Eyes Track' system, the car perceives whether the driver takes their eyes off the road. When this is detected, a voice reads the messages from the mobile phone out loud and the system responds to messages using a set of preconfigured answers with a simple hand gesture.

-No more forgetfulness: When the car's ignition is switched off, a message is sent reminding of the presence of passengers, children or pets in the rear seats. If the vehicle is locked with them still inside, the car regulates the interior temperature and sends another message to the driver. If again there is no reaction, the vehicle's alarm goes off.

-Aiming for zero accidents: The automotive industry is focussing its efforts on developing new vehicles equipped with all the necessary technology to reduce traffic accidents as much as possible. With this prototype, SEAT is taking a step further and "it is a great solution for the transition phase towards autonomous driving and making progress towards the goal of zero accidents", assures Stefan.