MARTORELL, Spain, Feb. 20, 2019 /PRNewswire/ --  Micromobility, it's the phrase of the moment. Especially at the next Mobile World Congress to be held in Barcelona in a few days. But what does "micromobility" mean exactly and how is it changing the way we think about transportation?  Here's a quick guide: 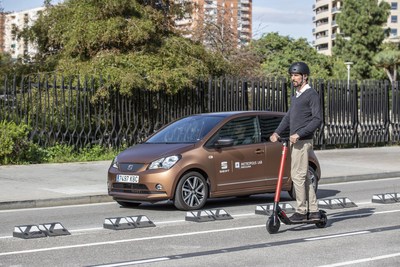 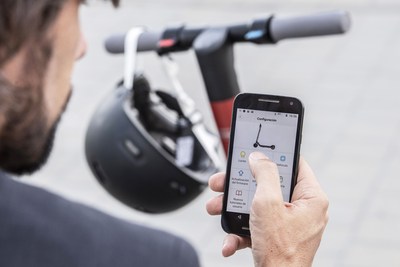 What is micromobility?  It´s a term used to describe travel solutions for short distances, usually the first or last mile of a journey. About 60% of car trips worldwide are less than 8 kilometers and could benefit from micromobility solutions, according to a study of the McKinsey Center for Future Mobility.

Where is it used? Cities are changing at breakneck speeds because of demographic shifts and overall population growth. Each week, some 1.3 million people move into cities. By 2030, the number of "megacities"- urban areas with more than 10 million inhabitants- will increase to about 43. That's 12 more than there are today. And in 2040 about 65% of the population is expected to live in cities. But creating micromobility solutions is more than just making a product.  "Cities want to work with companies to find solutions. If you just dump a bunch of scooters on the streets, it's the wrong approach. We are making a lot of effort to work together with local administrations," says Fabian Simmer, SEAT Digital Officer.

When is micromobility used, and why is it so important?  Urban growth is happening before our eyes. Micromobility will play a key role in solving some of the resulting challenges in at least two areas: environmental concerns and time saving. For example: Carla drives to a car park at the entrance of the city. Then, she uses the scooter inside the vehicle to travel from there to her office. Simmer says, "People are looking to save time and for convenience, and they want to do it in an environmentally friendly way."

How is it used?  Solutions include light weight vehicles that are usually electric, like scooters bikes, and other modes of transportation. "Micromobility products are important for private customers, but also for sharing operators. For the development of this future generation of products, we are taking into account both stakeholders. Based on the time of the day, they should be able to choose between different means of transportation," Simmer says.

SEAT has already introduced the electric eXS KickScooter powered by SEGWAY. Following it, the company takes a giant leap toward urban micromobility with its new vehicle, developed as a mobility platform. The world premiere will take place at the Mobile World Congress. Watch this space for details.

DRIVING WITH A SIXTH SENSEhttps://mma.prnewswire.com/media/824414/SEAT.mp4

SEAT TAKES ITS FIRST STEP TOWARDS ITS MICROMOBILITY STRATEGY WITH THE NEW EXS KICKSCOOTERhttps://youtu.be/cwmWVvGmnxk

SEAT'S EMII ARE NOW ON THE ROADhttps://www.seat-mediacenter.com/storiespage/newstories/SEAT-eMiis-are-now-on-the-road-in-Barcelona.html

SEAT is the only company that designs, develops, manufactures and markets cars in Spain. A member of the Volkswagen Group, the multinational has its headquarters in Martorell (Barcelona), exporting 80% of its vehicles, and is present in over 80 countries on all five continents. In 2018, SEAT sold 517,600 cars, the highest amount in the brand's 68 years of history.

The SEAT Group employs more than 15,000 professionals and has three production centres – Barcelona, El Prat de Llobregat and Martorell, where it manufactures the highly successful Ibiza, Arona and Leon. Additionally, the company produces the Ateca and the Toledo in the Czech Republic, the Tarraco in Germany, the Alhambra in Portugal and the Mii in Slovakia.