- Alqueva, Portugal, one of the darkest areas in Europe, is the ideal place to test the lights developed by the SEAT Lighting Team 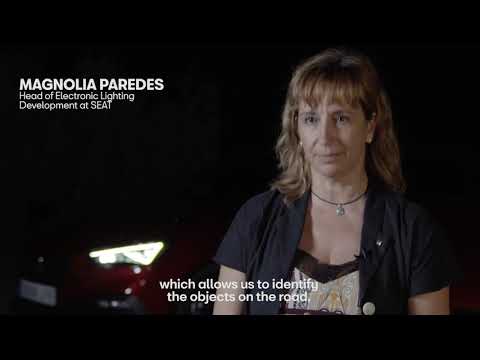 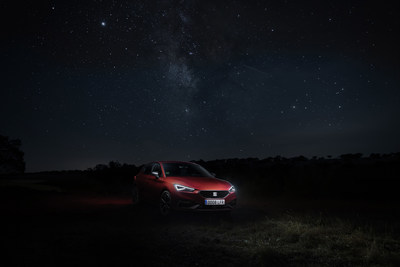 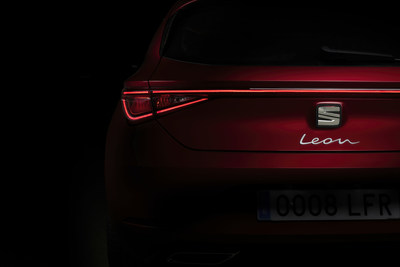 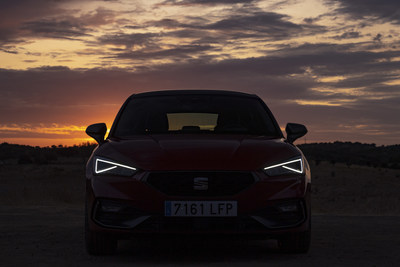 MARTORELL, Spain, Dec. 3, 2020 /PRNewswire/ -- The Dark Sky Alqueva reserve in Portugal is a unique place in Europe to observe nebulae and constellations, such as Orion. It is a realm of darkness where the engineers of the SEAT Lighting team feel right at home. In the darkest areas of the planet they monitor the behaviour of other types of constellations, those that make up the headlamps and rear lights that they develop for models such as the SEAT Leon.

- Their 100% LED technology opens up new possibilities for engineers in safety, comfort and design

- The wraparound arc of interior light, a technological challenge that will incorporate new functions by the end of the year

800 hours in the dark. The team of engineers worked for approximately 2,500 hours on the design of the fourth generation SEAT Leon light assemblies. And for another 800 hours they tested them in the dark, either in the optical tunnel, which recreates night time driving conditions, or on roads in the four corners of the world.

Lighting the way. In addition to its power and greater flexibility in where, how and when to direct the light beam, LED light stands-out for being much whiter than previous lighting technologies. With a colour temperature of 5,000 degrees Kelvin it is much closer to that of the solar spectrum.

LED reaction. One of the keys to improving safety at the wheel is the quick reaction of this lighting technology. An LED diode responds 150 milliseconds faster than an incandescent bulb. This means that, for example, when driving at 120 km/h, the driver behind you can see your brake light five metres earlier.

Connstant innovation. For the two engineers, the wraparound arc of light in the interior is one of the highest expressions of the turning point that LED technology represents. Not only is it customisable, adapting the colour to the driver's mood, but it also fulfils an important safety function, alerting to an improperly closed door or another car approaching from behind as you prepare to exit.