LONDON, Feb. 13, 2020 /PRNewswire/ -- The Saudi Arabia Ambassador to the United Kingdom, His Royal Highness Prince Khalid bin Bandar Al Saud today met with the Supervisor of the Saudi Development and Reconstruction Program for Yemen (SDRPY), Ambassador Mohammed bin Saeed Al Jaber; Official Spokesman for the Coalition Forces Supporting Legitimacy in Yemen, Colonel Turki al-Maliki; His Excellency The Minister of State at the Foreign & Commonwealth Office and the Department of International Development, Dr. Andrew Murrison MP; as well a number of ministers and officials from the British Parliament. 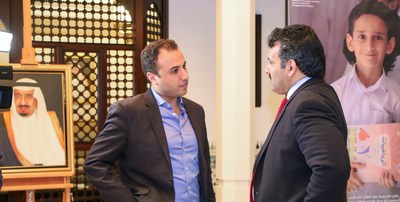 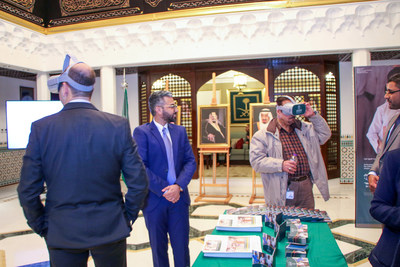 Following on from the exhibition earlier in the week, together they reviewed the historical relations between the Kingdom of Saudi Arabia and the United Kingdom, and the existing partnership between the two nations. Ambassador Al Jaber introduced the Saudi humanitarian and development efforts in Yemen to the British representatives, in addition to discussing a number of issues of common interest in the development and humanitarian field.

Later, Ambassador Mohammad Al Jaber and Colonel Turki al-Maliki held a joint meeting at the Kingdom's embassy in London, with a number of officials in attendance. During the meeting, Ambassador Al Jaber highlighted the recent course of events in Yemen, including the work of SDRPY in the areas of development and reconstruction. He indicated the program's great efforts by reviewing more than 100 development projects across all Yemeni governorates, and the latest tangible impacts that have improved the daily lives of citizens significantly contributed to supporting the Yemeni economy.

He also explained that the program works in most Yemeni governorates including Aden, Hadramawt, Al-Jawf, Marib, Hajjah, Socotra and Mahra; whilst the impact of the program reaches all parts of Yemen through the program's active contribution to achieving sustainable economic stability.

Ambassador Al Jaber added that the program is intending to expand the reach of its support across all Yemeni governorates with the opening of several offices. Through these, SDRPY aims to continuously monitor the projects undergoing implementation, report on project progress and address any technical problems that may arise during implementation. In addition, these offices will study new projects according to the needs off the governate. SDRPY will hold frequent meetings with the governors and their citizens, and will then coordinate with the Yemeni government in order to progress new projects.

He added that there is close cooperation with international development organizations, including frequent meetings and workshops between SDRPY and many of these organizations – in order that all may benefit from discussion and the exchange of experiences in the field of sustainable development. Existing projects in the Agriculture sector that require Solar Energy have benefited greatly from this approach.