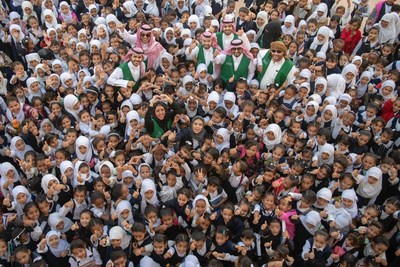 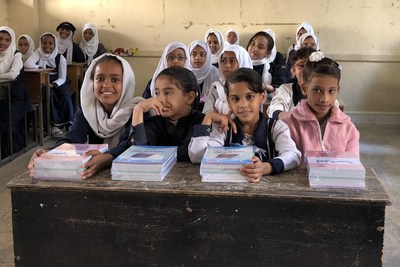 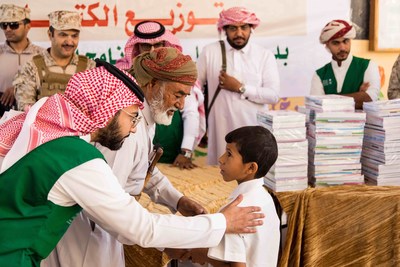 "Children do not belong on battlefields or in the workplace, but in school," said Al Mahra Secretary-General Salim Abdullah Nemar. "Education is not only vital to the development of the youth but the country itself, and the road to happy, healthy, productive citizens starts in the classroom," Nemar explained. "We thank the Kingdom of Saudi Arabia for helping us to educate tens of thousands of children in Mahra."

"The future of Yemen belongs to its children, and Yemeni children have tremendous potential," said Abdelhadi Al-Gahtani, director of SDRPY in Al Mahra. "While the Houthi insurgency has been shuttering countless schools in Yemen for years, the Kingdom has been working assiduously to reopen each and every one of these centers of learning, and even building new ones, such as in Mahra."

Since the Houthis launched their campaign to take over Yemen in autumn of 2014, over 3,500 schools have been shut down. In addition, UNICEF Yemen reports show schools throughout Yemen have been affected by damage from direct attacks, looting, threats, and conversion to military use, including the Houthis' storage of weapons and equipment in school buildings. The UN also has concluded that Iran-backed Houthi militias have been recruiting child soldiers, forcing children out of their schools and into war zones.

SDRPY officials are touring the region with officials of Al Mahra Governorate, who work closely with the Yemeni government to implement SDRPY projects across a wide range of sectors. Officials from the Yemeni ministries of health, transport, electricity and energy, and public works and infrastructure are also accompanying the tour.

SDRPY projects inspected include: (1) a new 12-classroom primary school in Nishtun, which is being constructed in line with the specific requests of local residents; (2) 10­­­­­ recently-dug wells and a 20-km water conveyor line connecting Wadi Fouri to Wadi Jiza, from which it will enter the distribution network serviced by the largest water tanker in Yemen; (3) a newly constructed dialysis center, operating room and ICU at Al Ghaydah Central Hospital; (4) the expansion and improvement of Nishtun port through the provision of a 264-kW generator (KVA330), 30-ton crane and 5-ton forklift; and (5) the delivery of fifteen 5,000-liter Mitsubishi tanker trucks.