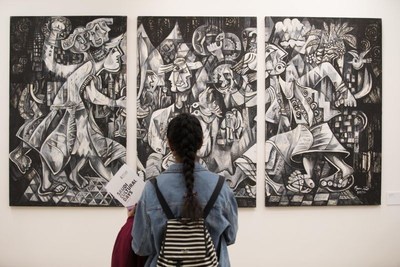 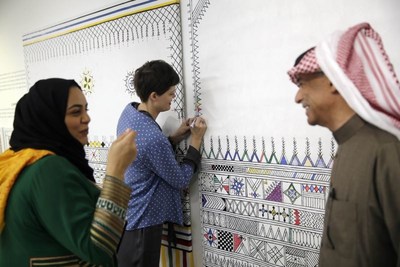 "This three-day exhibition of Saudi arts and culture has been a celebration of the deep and diverse story of Saudi Arabia - a story that is thousands of years old with a rich and traditional past, a vibrant and ever-progressing present, and an ambitious and limitless future," said Ahmed Almaziad, CEO of GCA, which hosted the event. "GCA's role is to preserve, protect, enrich and promote our country's cultural sector. We will nurture cultural talent and support cultural diversity as a key part of our Saudi identity. With this historic visit to London we have extended bridges and opened channels of communication with the UK in order to enhance the cultural standing of the Kingdom. We look forward to continuing this journey around the world, and to enhancing and enriching our culture sectors here at home."

The curated programme titled "Whole-istic", provided a glimpse into a wide variety of creative genres, including film screenings and discussions with the directors, traditional and contemporary art exhibitions and music performances. Another highlight was a photo exhibition from the collection of Princess Alice, the youngest granddaughter of Queen Victoria, who was the first British royal to visit Saudi Arabia in 1938, helping forge diplomatic ties between the two countries.

The film screenings shed light on the growing pool of talented filmmakers in the Kingdom, including the award-winning "The Bliss of Being No One," as well as "A Colourful Life," a documentary about the empowerment of women, produced by GCA, and were screened on 8 March in conjunction with International Women's Day. Music performances took place throughout the three-day event, and a virtual reality experience offered a glimpse into cultural and heritage sites around the country.

Further information can be found at: http://www.saudiculturaldays.com

About the General Culture Authority

The General Culture Authority's role is to preserve, protect, enrich and promote the Kingdom's cultural sector, nurturing cultural talent, supporting cultural diversity and Saudi identity through the arts. It seeks to enhance the cultural standing of the Kingdom by extending bridges and opening channels of communication regionally and globally, contributing to the development of a vibrant society, in line with Saudi Arabia's Vision 2030.