LUCERNE, Switzerland, July 23, 2021 /PRNewswire/ -- In recent years, Ignace Meuwissen has built up a reputation for being the expert when it comes to the relocation of oligarchs and the selling of luxury real estate. Recently, his attention focused mainly on the Mongolian market. As always, he was looking for a strong way to approach the market. He developed the miniseries 'Object X' in which human interest is linked to luxury real estate. The broadcast of 'Object X' on the Bloomberg TV Mongolia channel was an undeniable success, resulting, among other things, in Meuwissen being the first Belgian to be interviewed by Bloomberg TV Mongolia. Because of this success he decided to make a follow-up series on 'Object X', in collaboration with 'De Rijkste Belgen', the prime edition in Belgium of The Rich List. 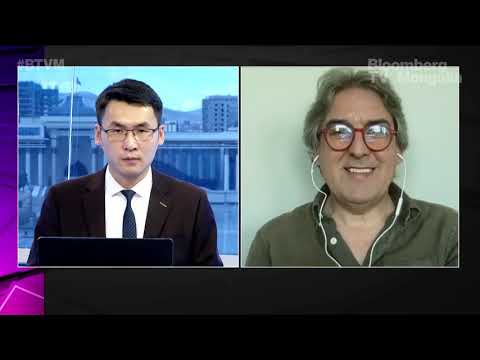 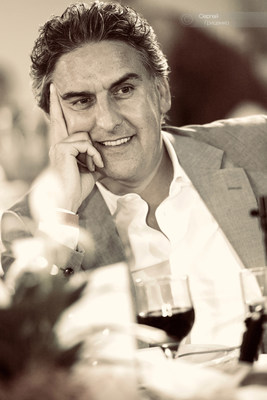 The first series of Object X consists of five episodes in which the viewer is presented with as many unique real estate projects. In France, we are introduced to the wine estate Village Castigno near Béziers, which was developed by the Flemish entrepreneur Marc Verstraeten and his wife into a unique combination of real estate, luxury and gastronomy. In Italy we land on Isola Santa Cristina, a lagoon of unparalleled beauty off the Venetian coast, currently owned by the Swarovski family. In Laren we are introduced to the most extravagant and best secured villa in the Netherlands. To end in Kapellen, Belgium, where a Chinese millionaire wants to build an exclusive palace for his prize-winning pigeons.

The 'Object X' series is currently sold in 7 countries and is broadcasted in English, Dutch and Mongolian. The series were also programmed on the website of 'De Rijkste Belgen'. For Meuwissen it was an opening to the Mongolian market, which is characterized by a growing class of new high net worth individuals. One of the potential Mongolian buyers for the villa in Laren in the Netherlands was reached through Object X. This, among other things, convinced Meuwissen to record a follow-up series, once again anchored in the unique combination of luxury real estate and the human factors that lie behind it. The second series is made in collaboration with 'De Rijkste Belgen'.

Ignace Meuwissen is 25 years old when he completes his first transaction in the real estate business. In 2008 he founded, with his wife Naomi El Haimer, his own company Property4East. With this he focuses on luxury real estate for Eastern European oligarchs and industrialists. Meuwissen himself takes care of the sales, his wife takes care of the staging. Both are strongly linked. Naomi's stageing and the associated redesign of the buildings resulted in some remarkable successful transactions. Ignace Meuwissen is a gatekeeper of Eastern European industrialists who want to move to Europe for strategic reasons. He is therefore a sought-after guest at TV stations and media editors worldwide.

In 2018 Meuwissen signed a partnership with Ukraine-based, British businessman Mohammad Zahoor to launch Property4East.com, the first digital platform for brokers and owners of luxury real estate specialized for Russian, Kazakh and Ukrainian clients in collaboration with Eastern European television broadcasters. In 2019, an agreement follows with a private bank to move 15 to 20 families of Eastern European descent from Kazakhstan, Russia and Ukraine from London to new locations in the Benelux in response to Brexit. In 2020 Meuwissen will sell the entire portfolio to a Russian international partner. He will remain with the company until 2025. This news is provided by Friends4East.