VLADIVOSTOK, Russia, Sept. 13, 2018 /PRNewswire/ -- Yesterday afternoon, at the 4th Eastern Economic Forum held in Vladivostok, Russia, Qingdao's sailing event, The Fareast Cup International Regatta, was awarded the "Best Competition Organization" Award in the sailing sector. As the leading Asian city for competitive sailing, Qingdao, which was granted the Award for Outstanding Contributions to World Sailing Development by World Sailing in 2015, has once again obtained remarkable achievements in the field of sailing and navigation. 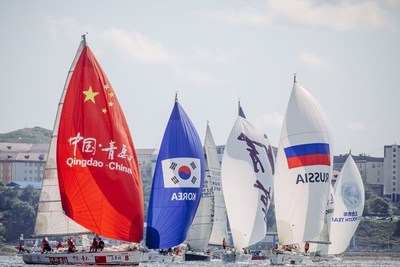 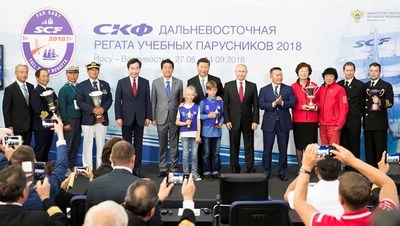 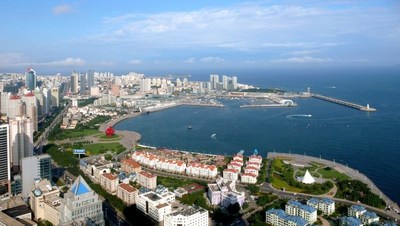 Founded in 2016 by the Chinese Yachting Association and the Qingdao Major International Sailing Events (Festivals) Organizing Committee, this challenging offshore sailing event has filled the void in the international sailing rally in the Far East and is gaining greater international awareness and reputation. This year, the Fareast Cup, which actively responded to the Belt and Road Initiative, took advantage of the Sino-Russian exchange year and opened a new route between Qingdao and Vladivostok. The event was incorporated in the sailing sector of the 4th Eastern Economic Forum.

The day will come when we overcome all difficulties and blocks and achieve our dreams. As the host city with the most international major sailing events in Asia, Qingdao is making every effort to build and develop its own world-renowned events.

After the 2008 Olympic Sailing Competition, Qingdao has achieved fruitful results in sailing events, sailing promotion and the sailing industry through active promotion of the Olympic spirit and continuing to inherit the Olympic legacy, polishing its golden signboard as the Sailing City.

As one of China's first open coastal cities, Qingdao has undergone tremendous changes during the 40 years of reform and opening up. In 2016, it became the twelfth city in China with a total GDP of over one trillion yuan. After successfully hosting the SCO Summit in June this year, Qingdao entered the ranks of world renowned international metropolises.