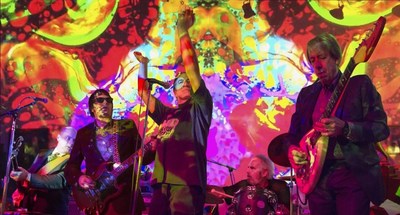 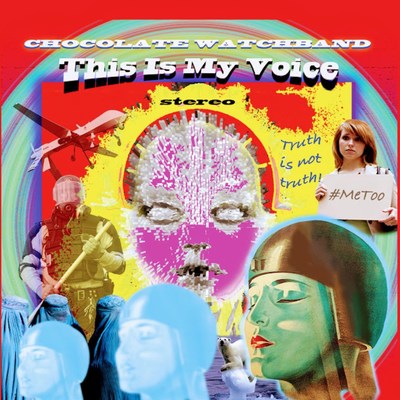 Iconic California psychedelic rock legends The Chocolate Watchband celebrate the release of their new album (released by Dirty Water Records), led by founding and current members, vocalist David Aguilar and guitarist Tim Abbott, plus Gary Andrijasevich on drums. Second generation fans, guitarist Derek See and bassist Alec Palao (Grammy-nominated producer/ historian ), bring their enthusiasm and love for the music to the table to help weave THE sound which both faithfully recreates the sonic energy and tone of the original recordings, as well as giving a rare edge to new material that is a logical progression to the bands legacy.

Documented as influencing legendary bands far and wide within the psych, garage, and punk scene for the past 50 years, their live performances sizzle with the same outrageous audacity of the late 60s scene they helped usher into the San Francisco Bay area ballroom scene. The group was also seen as featured bands in the 1967 cult films "Riot on the Sunset Strip" and "The Love-Ins", and their powerful stage presence continues to the present day in a timeless stage show which is oozing electric kool-aid energy. Critics have noted the Chocolate Watchband was America's answer to the Rolling Stones!

While the bands' music was a cherished secret of record collectors for many years, the music is now available to be heard by everyone, which has ushered in a new fourth generation of fans around the world, who hear the Watchband sound as it has reverberated into the psyche of the class of 2018 psychedelic bands.

Their newest songs resonate with genuine political rebellion in our current times, which can be heard in the lyrics of the new song "Judgment Day." "I wrote 'Judgment Day' as the country was still in recovery," says lead vocalist and founding member David Aguilar of the days following the 2008 market crash. "Families were living in their cars. It was a terrible time for the American dream. It resulted in the anger that put the current president into the White House. The Who were wrong, Americans can get fooled again!"

The band will be hitting the road in 2019 in support of their new album "This Is My Voice" with plans for a string of European tours and select US dates. Are YOU gonna be there?

"On This Is My Voice, The Chocolate Watchband have returned strongly, with firm proof that there is still a fire of indignation in them that they need to let out. It's great to have them back and on form and the record neatly rounds their circle" - Louder Than War

"Together they've created a record that deviates from the Watchband's first phase of raunchy groovers and tender space-outs, opting for a more modern rock sound, yet without sacrificing their keen ear for anthemic songwriting and memorable melodies"-  The Stranger

"This is My Voice isn't so much a comeback as it is a continuation; the sound of one of the psych-rock era's most dynamic outfits rolling its sleeves up, stirring its creative juices, and getting down to business" - Artist Home

Pre-Order The Chocolate Watchband's "This Is My Voice"