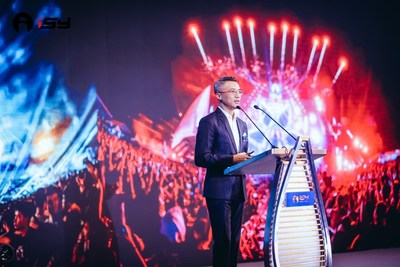 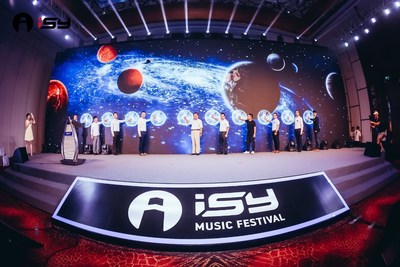 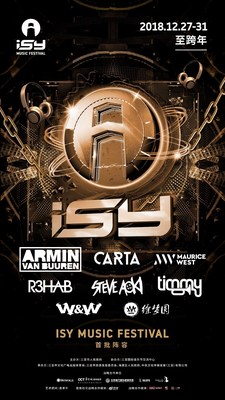 The ISY Music Festival is a large-scale urban celebration jointly launched by several of Sanya's governments agencies and local company CMIG, and is a creative undertaking that supports China's policies to connect the country more closely with the global market. ISY aims to establish a cultural exchange platform between China and the rest of the world to promote the country's rich culture. After President Xi Jinping personally announced in April a decision to develop the island of Hainan into a pilot free trade zone, the province is making intensive preparations towards that end. As a key area of Hainan, Sanya is becoming more international and welcoming, and cultural events such as the ISY Music Festival are an essential part of that effort.

Bai Mudi, CEO of CMIG, the organizer of the event, said in his speech that CMIG intends to create a cultural event that draws from everything that defines Sanya and makes Sanya unique, to put on an event that is truly representative of the city and speaks to the city's economic success story, with the goal of transforming ISY into an internationally recognized New Year celebration. ISY will feature urban art exhibitions and hundreds of performances, giving visitors the opportunity to fully understand the culture of Sanya and the contributions that Sanya's culture has made to China. During the three-day event, float parades are scheduled to travel along an extensive route across the sections of the city bordering three bays, to immerse the whole city in a festive atmosphere. The company will also work with famous Chinese sculptor Gao Xiaowu to put on an urban sculpture exhibition, letting visitors understand the stories behind the works. A series of large-scale fireworks shows are certain to more than capture the New Year atmosphere. A sister event, named "ISY China Night", in the Netherlands capital of Amsterdam will act as an additional venue to show Sanya to the world.

ISY announced its artist lineup and main venue planning to the many music fans at the press conference. The first eight artists, all of whom are superstars, in the event's line-up include:

This is just the beginning of the lineup. ISY will announce the names of more acts joining the lineup soon.

In addition to the artist lineup, the planning of the main venue is just as important. The 2nd ISY Music Festival will feature four stages: the main stage and three distinctive installation-art stages. The creatively inspired stages will vastly enhance the audiovisual experience of each artist's performance. A leisure area, a marketplace gathering many brands, and an art installation area offer a richer set of content for ravers, producing an unrivaled "shock" effect.

The ISY Music Festival is a critical part of Sanya's plan to implement the province's "International Tourism Island" and "Hainan Free Trade Port" policies. The festival demonstrates how China has learned to expose its unique and rich culture in a way so that it is not only thoroughly enjoyed by local and domestic audiences, but can appeal in large measure to international audiences as well. The festival is expected to become a necessary and vital part of the world's pop culture. The 2nd ISY Music Festival will be held between December 27, 2018 and January 1, 2019. We are looking forward to the superstar lineup and the dazzling stages.