SANTA MONICA, California, May 13, 2018 /PRNewswire/ -- A powerful emotional work of cinematic art – Paz De La Huerta – writes, directs, produces and plays the lead in this haunting and searing exploration of downfall and redemption. In a modern retelling of Hans Christian Anderson's "The Red Shoes," a young woman summons the will to rise above the seemingly overwhelming adversities imposed upon her. The scene filming of this full length motion picture is 90% completed. Assembled gradually over 12 years with the majority of the filming in 2011 and 2015. 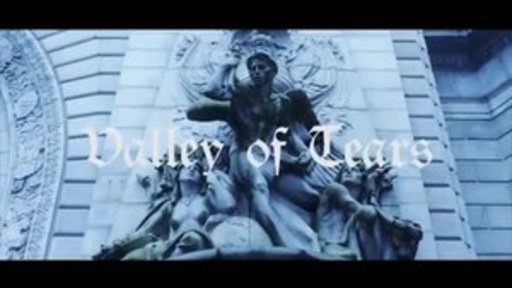 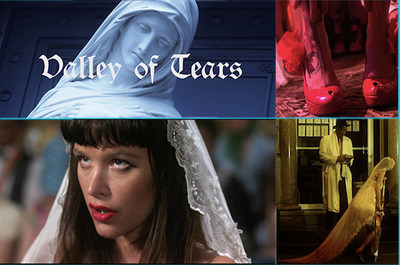 In a modern retelling of Hans Christian Anderson's harsh 19th century fairy tale "The Red Shoes" (https://fairytalez.com/the-red-shoes/) De La Huerta pushes the edges of the envelope of cinematic art. The result is an absorbing intense emotional experience for the film's viewers that provides a powerful and immediate impact.

Filmed in a sweeping poetic visual vernacular – the film recognizes the parallels of Anderson's unsettling storytelling in a setting that shifts between the harshly realistic and mystical, between imagined and felt.

In the original fairy tale, a young girl comes to live with an ailing old woman who starts the tale in motion by taking the girl to get new shoes for communion. In an act of pride and disobedience, the girl manages to get a pair of beautiful red shoes – when only white shoes should be worn to church.

At church the shoes seem to be forcing her to dance and at first are difficult to remove.  Some time later, she decides to abandon her evening's duty attending to the old woman, and to instead attend a ball in the red shoes. This time they force her to dance but cannot be removed. The shoes force her to dance for days, drawing her through the woods where she is scraped and cut – being caught in this torment as the old woman dies unattended.

In desperation and facing death herself, she asks an executioner to cut off her feet to allow her to escape the spell. Only then, - on wooden feet and with crutches – can she return to the church to seek redemption for her sins.

The story is the basis for a 1948 Oscar winning film (https://en.wikipedia.org/wiki/The_Red_Shoes_(1948_film) ) and the source for a recent ballet (https://www.newyorker.com/magazine/2017/10/30/the-red-shoes-becomes-a-ballet) In De La Huerta's retelling, however, the story takes an even darker turn. As a price for cutting off her feet, the butcher demands to take her virginity and she is unable to resist his assault.

Exploring coercion, examining the balance of suffering when a woman faces a horrible demand from a man who has the power of control over her fate, De La Huerta finds a path to create this mesmerizing exploration of human anguish and survival.

The film is more than 90% complete as to filming. One final scene remains to be filmed – a birth - possibly the product of her encounter with the demonic butcher. Editing and final production remain to be completed as well.

De La Huerta – through her production company Paz De La Huerta Inc, and in conjunction with Victoria, Texas filmmaker and Producer Anthony Pedone, seeks to raise $500,000 to complete the film and seek arrangements for distribution. The crowdfunding is via the Indiegogo platform:

Expenses are for the large number of performers in the final scenes, for costumes, travel to film in France where the costumes and wardrobe are to be made, special effects and other elements of production. The funds will also cover editing, sound production as well as expenses of seeking further development including an effort to show the film at Cannes and Sundance.

The company plans a crowdfunding effort to reach the planned budget, although equity investing may be considered as well.