The king of the boxing ring has signed a 12-month personal endorsement deal with Parimatch across the CIS region and Cyprus, which will see the former Heavyweight Champion of the world feature in Parimatch's large-scale advertising campaign, marketing materials and consumer brand activations. 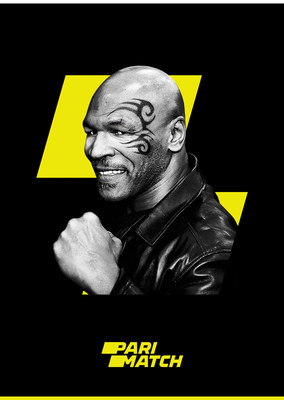 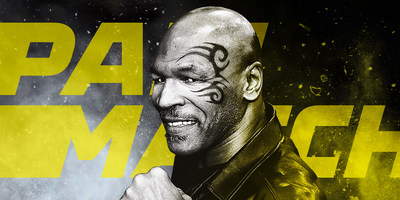 Mike Tyson is the undisputed world champion of professional boxing, the most popular boxer in history, a member of the International Boxing Hall of Fame and the highest paid heavyweight boxer in the history of boxing. To this day, he holds the world record as the youngest world heavyweight champion (at the age of 20 years, 4 months and 22 days). Tyson is the only one who succeeded in defending the title of absolute champion six times in a row (WBC, WBA, IBF).

"Iron Mike Tyson has always dared to show his mettle and so does Parimatch. He is a global sporting legend who perfectly embodies our fighting spirit," commented Sergey Portnov, Chief Executive of Parimatch. "His status as the undisputed champion of the world not only in boxing, but the whole sporting arena, shows our customers that with ambition, strength and fearlessness, nothing can stop them from achieving their goals and becoming winners. We are impressed by his inner strength, and in addition to the stunning victories, today he won us over with his new approach to life. Mike Tyson is a legend in boxing, and Parimatch is legendary in sports betting, which is why he is the perfect addition to Parimatch's winning team of brand ambassadors."

Mike Tyson commented: "I have always followed my path to victory without any compromises. Nothing could ever stop me! Obsession to be the best, determination and courage, passion for what you do – it's all about me and Parimatch. The team at Parimatch is extremely passionate and that's what attracted me in negotiations with them. I am ready to join the winning team of Parimatch, because they are fired up to win!"

Earlier this year, Parimatch refreshed and relaunched its branding, which is squarely designed to complement the lifestyle of its two million strong customer base, whilst offering one of the leading betting platforms in the CIS region.

Parimatch is an international betting platform connecting emerging markets with the world of traditional and niche betting. Parimatch has over 1600 employees worldwide, supporting almost two million customers and covering more than 20 sports and 60 countries, 200 leagues and 600 sporting events every day. Headquartered in Cyprus, the brand has been established for over 25 years and is represented in different markets (Cyprus, Belarus, Russia, Kazakhstan, and Tanzania). The company is the official betting and wagering partner for the UFC in EMEA and the brand has sponsorship agreements with sporting institutions including Ukraine's national football team, FC Apoel (Cyprus), FC Shakhtar (Ukraine) and Virtus Pro (e-Sports).