DUBAI, UAE, Jan. 30, 2018 /PRNewswire/ -- On the 70th anniversary of the death of Indian activist Mahatma Gandhi, independent filmmaker Nugen Media Productions is pursuing clearance of its new conspiracy theory film based on the leader. 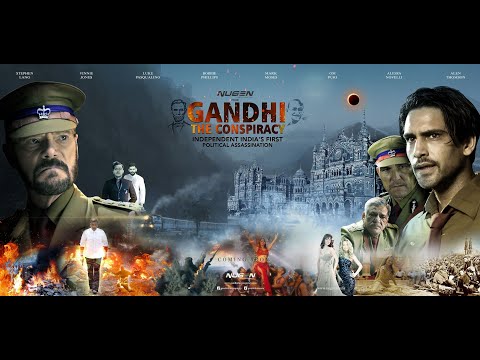 Created by writer and co-director, Pankaj Sehgal, Gandhi - The Conspiracy delves into the mysterious circumstances surrounding Mahatma Gandhi's assassination. The film's producers argue the film is a fair account of Gandhi's death, based on historical evidence. "The conspiracy is all about collecting the facts, asking tough questions, and conclusions drawn by the logical analysis of the same," explained Sehgal. "This film is critical to bring together a fractured society which remains distrustful of each other despite 71 years of Indian independence."

The Indian censor board, however, has been reluctant to approve the film's release, with fears that the controversial film may cause an adverse reaction from the public. The producers are awaiting censor clearance to announce the date of release in India.

About Gandhi – The Conspiracy

The renowned peaceful protester was assassinated in 1948 by Ramchandra Vinayak, aka Nathuram Godse, on the way to evening prayers. The film is based on the findings of Justice J.L. Kapur commission report - the official inquiry into the conspiracy of Gandhi's murder led by Supreme Court Judge Justice Jivanlal Kapur. Gandhi - The Conspiracy attempts to investigate the partition of India, the underlying social factors, the unanswered questions and the circumstances that led to Gandhi's assassination.

Starring A-List Hollywood, British and Bollywood stars such as Stephen Lang, Luke Pasqualino, Om Puri and Vinnie Jones, Gandhi - The Conspiracy was announced at the 2016 Dubai film festival under its precursor Solar Eclipse - Depth of Darkness.

For further information about Gandhi - The Conspiracy: http://gandhitheconspiracy.com/

Nugen Media Productions LLC is a film production company based in UAE, and UK. The company was established in 2015 with the intent of creating 'meaningful cinema that entertains.' It has 25 employees across two continents. Pictures of interest to the public can be provided from website or contacting the company.